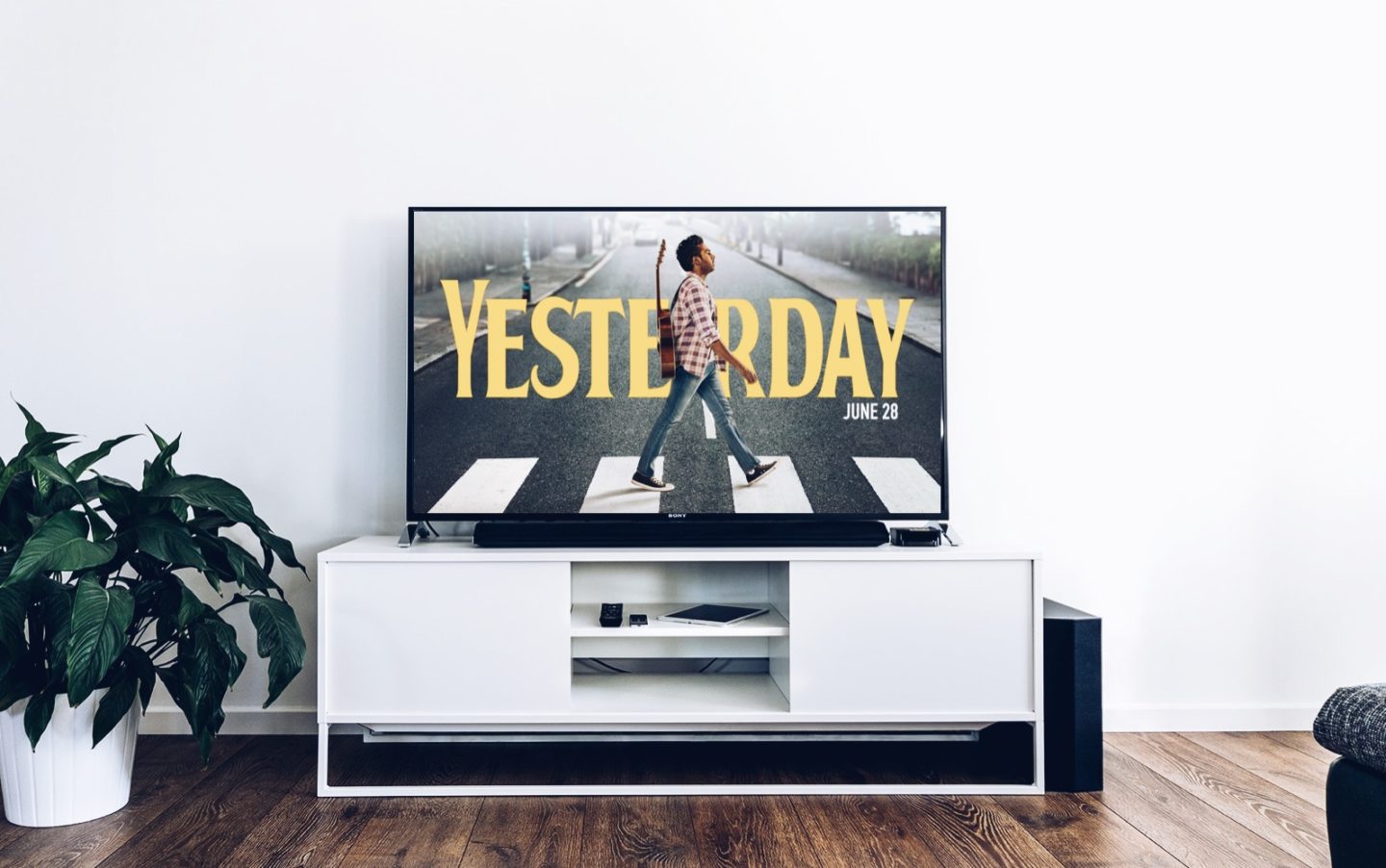 Imagine being hit by a bus as a result of an electrical storm that upsets the entire space-time continuum, and then waking up to find that you’re the only person on the planet to remember The Beatles…

A strange question, but one that forms the foundation of the plot for Danny Boyle’s Yesterday. It’s a romantic comedy with a twist that could have come straight from Interstellar. Sure, it’s a somewhat wacky concept. But you have to give the film credit for taking a different approach to this oh-so-popular new trend of revisiting old music legends (Bohemian Rhapsody and Rocketman, I’m looking at you).

At its core, Yesterday is a loving tribute to The Beatles. It’s a trip down memory lane, a journey along the long and winding road of unforgettable Beatles hits. It’s heavy on the nostalgia, which means your mum and dad will love it.

The film’s protagonist is Jack (Himesh Patel), a failing musician who is on the brink of giving up on his music career. That is, until he gets hit by a bus, loses two of his front teeth, and wakes up to discover a world without The Beatles. As the only person to remember their songs, he grasps the opportunity to release their hits back into the world – if he can remember the lyrics of course.

Then ensues Jack’s meteoric rise to fame, with a little help from his friends – namely Ed Sheeran, who discovers Jack and helps to propel his career. Sheeran plays more than just a passing cameo in the film. And although there’s comedy value in his willingness to send himself up, you can never quite get past the fact that, well, he’s just not a very good actor.

As well as being a toe-tapping tribute, Yesterday shines a scathing spotlight on celebrity culture and the shallow, money-grabbing nature of the music industry. All embodied by record label exec Deborah (Kate McKinnon), whose rapaciousness provides both a moral challenge and comic relief.

Underpinning the story is a bit of a namby-pamby love story. Jack is seemingly ignorant to the fact that his best mate and previous manager Ellie (Lily James) is head over heels in love with him. He also seems to be ignorant to the fact that she looks like Lily James. It’s a rather frustrating plot that makes you want to scream ‘she loves you!’ (yeah yeah yeah). And then roll your eyes at how intolerable the whole scenario is.

The love story element is clichéd and ultimately feels rather limp. It’s a bit of a surprise given that the script was penned by ultimate romantic movie-maker, Richard Curtis (of Love Actually and Notting Hill pedigree). Although in true Curtis style, (spoiler alert…) love ultimately wins over fame and fortune because when all is said and done (oh no wait, that’s Abba), all you need is love.

The film relies entirely on the love affair between movie-goers and The Beatles. Fair enough, who doesn’t love The Beatles? The downside is that the resulting film offers little more than a heap of nostalgia in a sugary coating. That’s not necessarily a bad thing – with some charming performances from the cast, it’s a classic feel-good film that leaves you with that warm, fuzzy feeling in your belly.