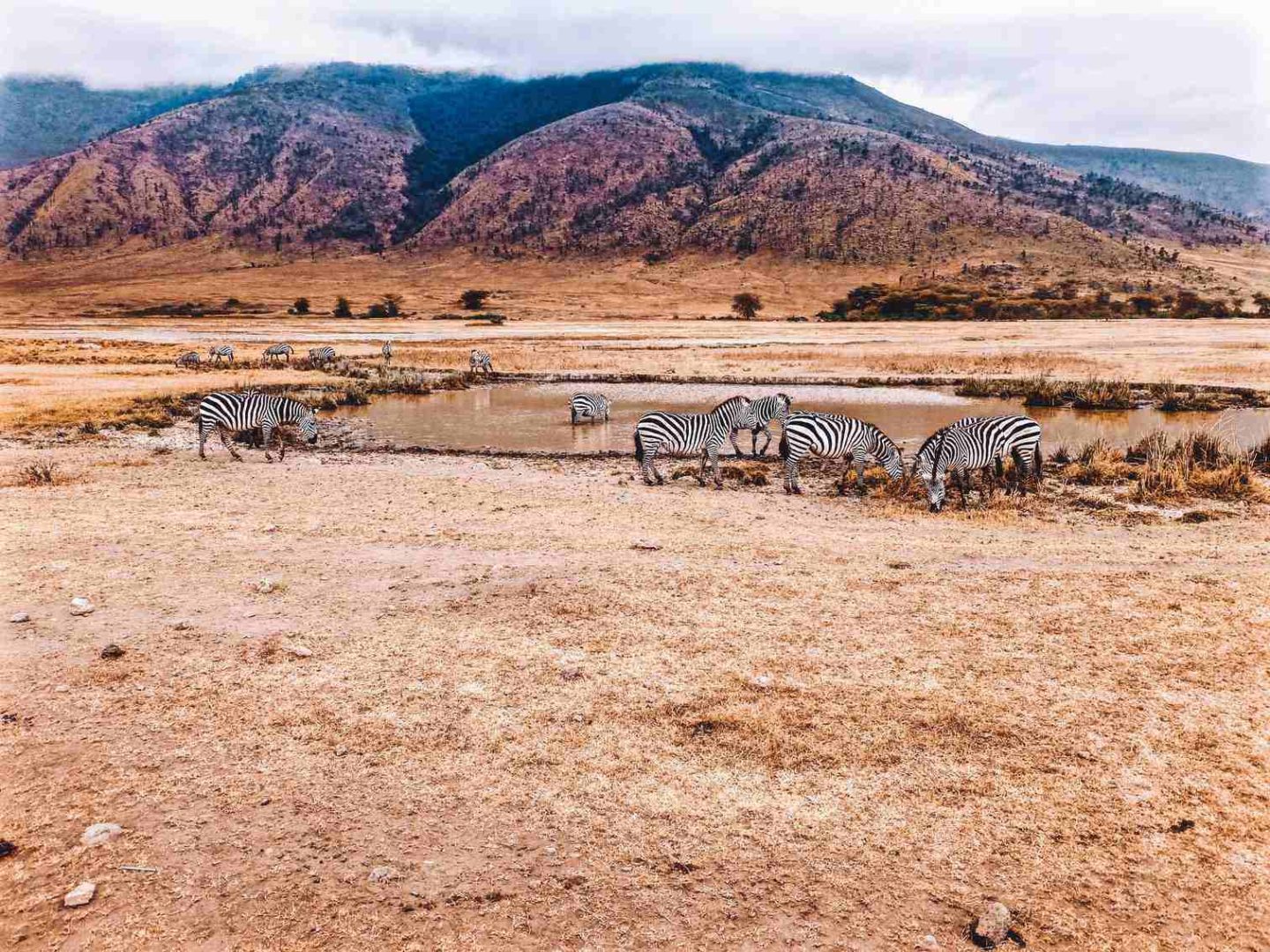 The second day of our safari took us to the Ngorongoro Crater (good luck pronouncing it). It was an incredibly overcast day so we literally couldn’t see a thing when driving down into the crater. This was a problem. Animal spotting is tricky enough on a clear day, let alone when you can only see for a few metres!

While we waited for the clouds to lift, we visited the Maasai Tribe. The Maasai are semi-nomadic people who can be found in Southern Kenya and Northern Tanzania. They are really open to tourists and visitors so we were able to get an intimate look into their unique way of life. 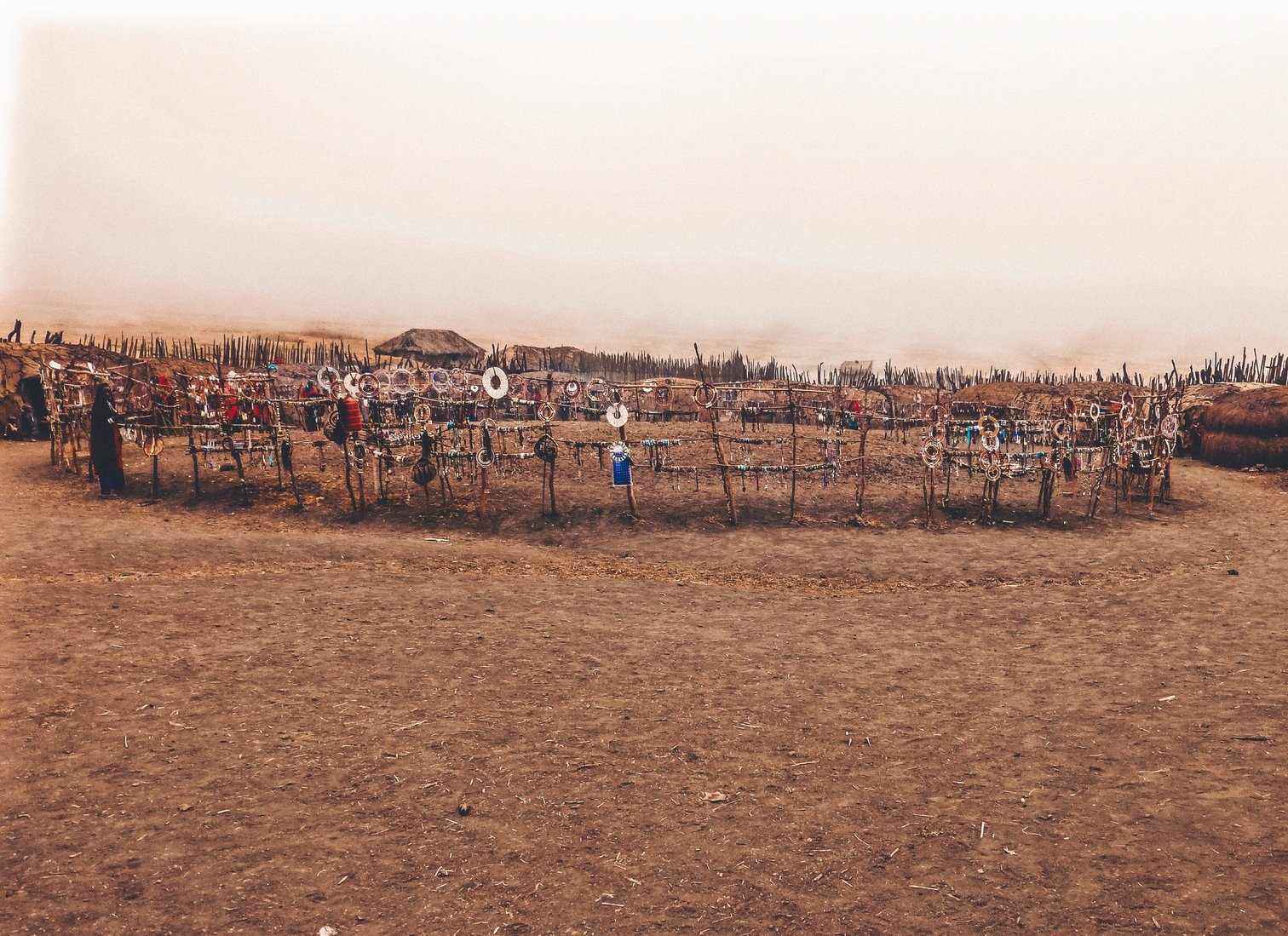 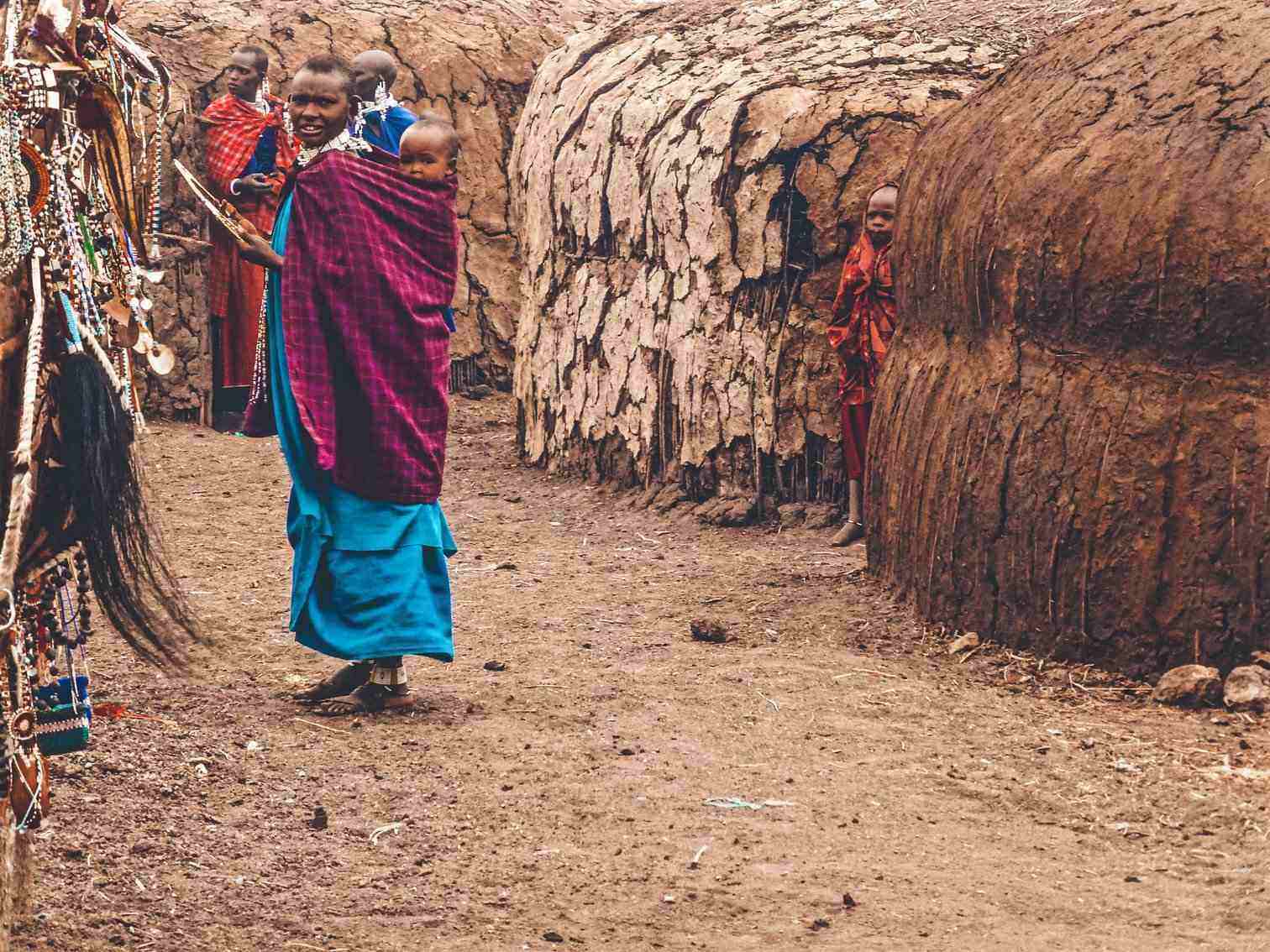 Admittedly, the clouds gave a rather ominous feel. Especially when we were divided up and led into the dark, gloomy mud huts! 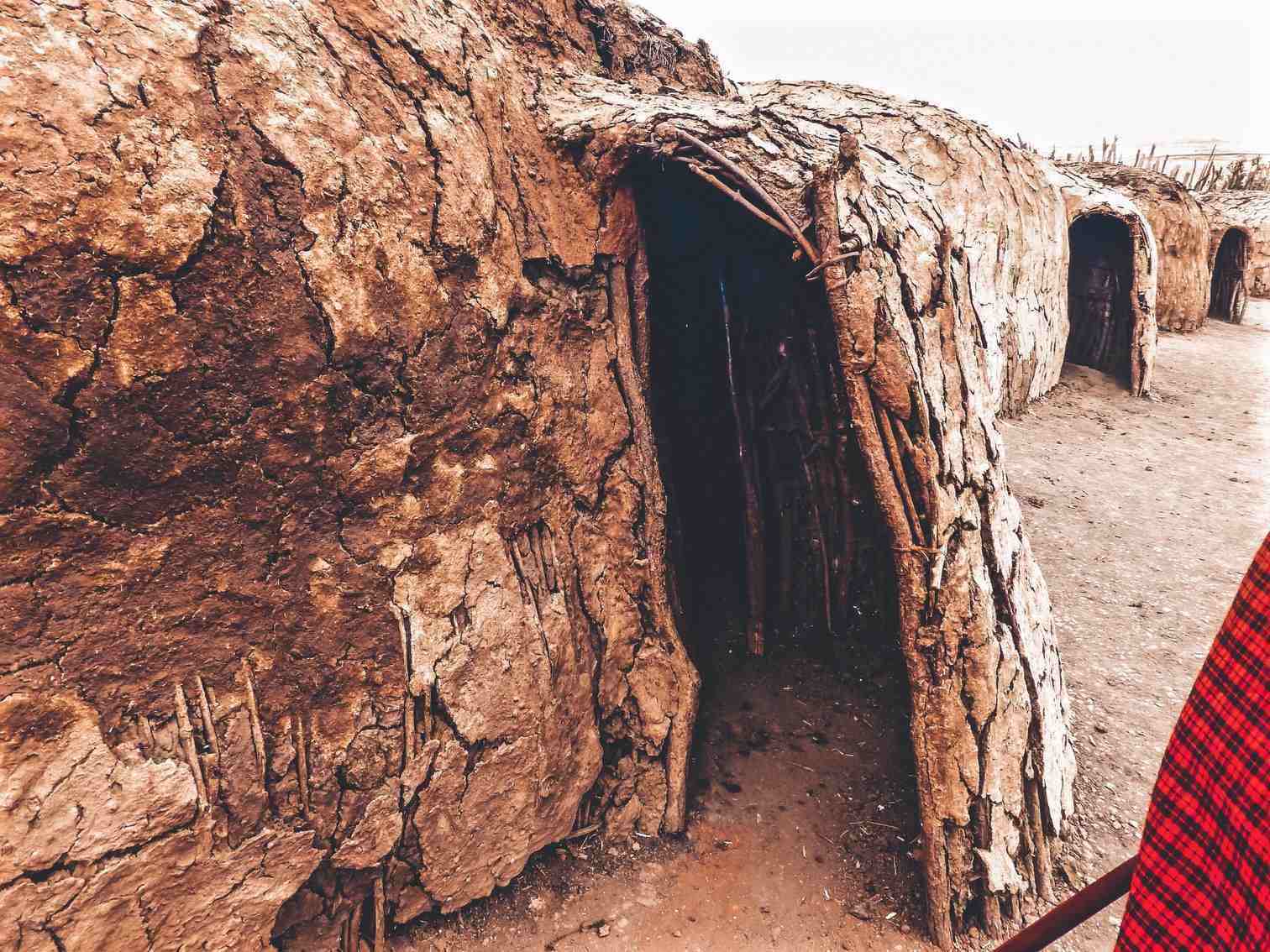 Inside the hut was a small fire and make shift beds where a couple of women were laying. We spoke to one of the men who happily answered all our questions about their way of life.

They have a very patriarchal culture. Men decide on most major matters and take more than one wife. They are also heavily dependent on their cattle, eating the meat, drinking the milk, and on occasions drinking the blood. The Maasai are also known for their intricate jewellery which they try to sell you on departure. Perhaps ‘sell’ is not the right word. ‘Force on you’ may be more apt so you have to keep your wits about you!

Next, we visited the school where some of the children were having a lesson. 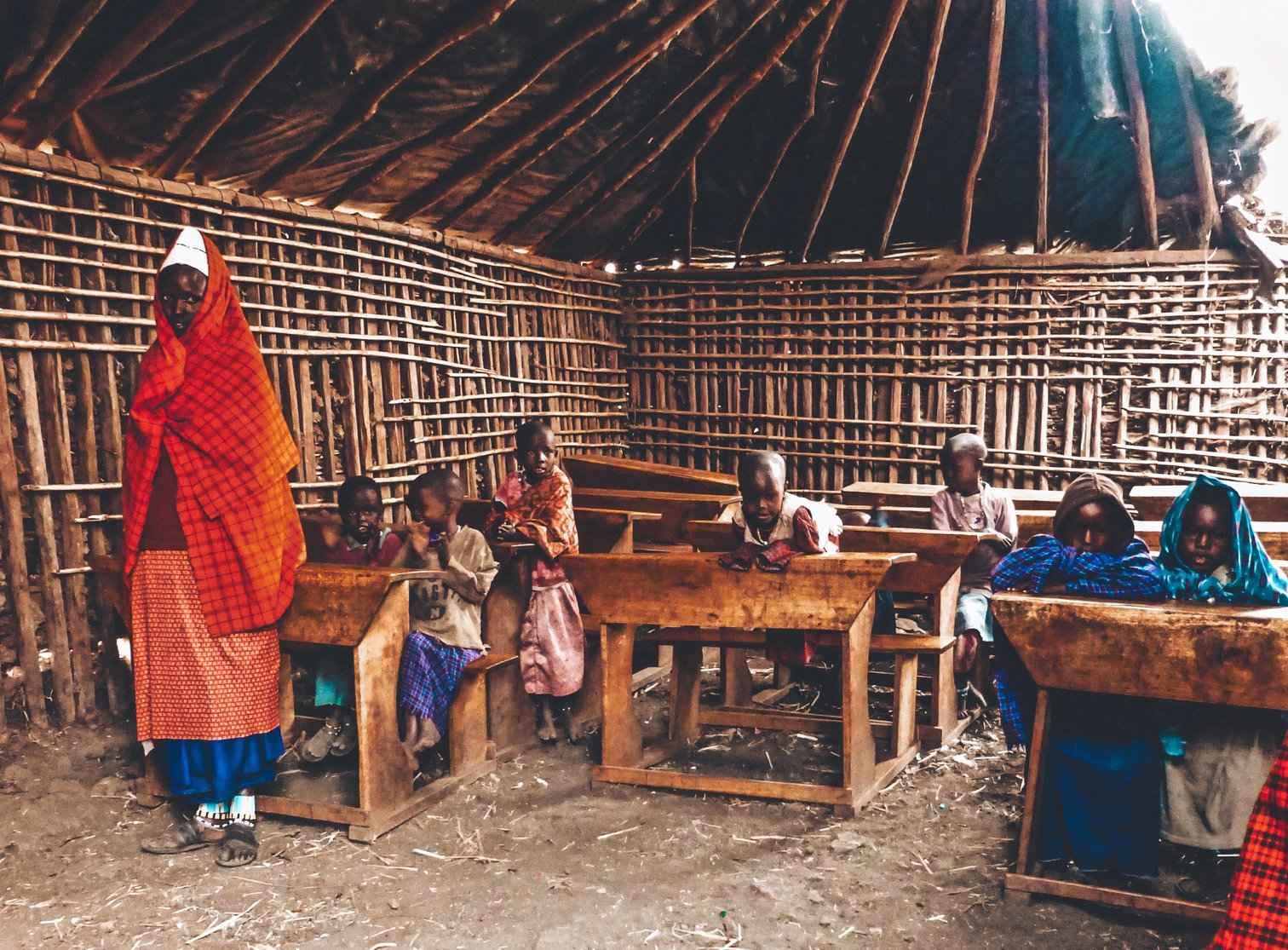 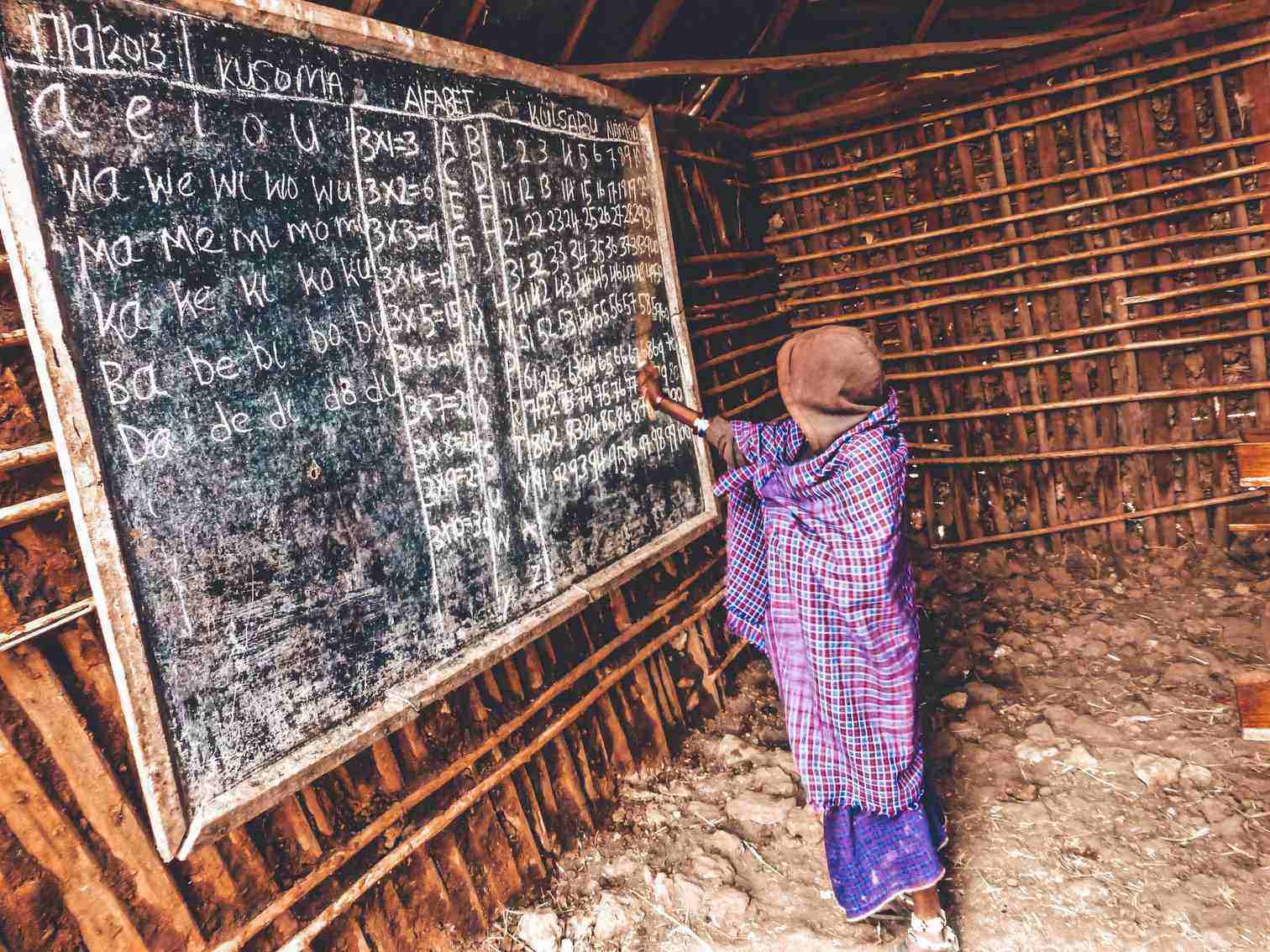 We were then treated to a performance of song and dance. Singing and dancing like you’ve never seen before! The women bounce up and down so that their neck pieces sort of waft (technical term…). While the men engage in a traditional jumping dance where they, well, jump!

We were warmly invited to join in with the dancing. A lot of fun but I can’t say this style of dance came naturally to us! 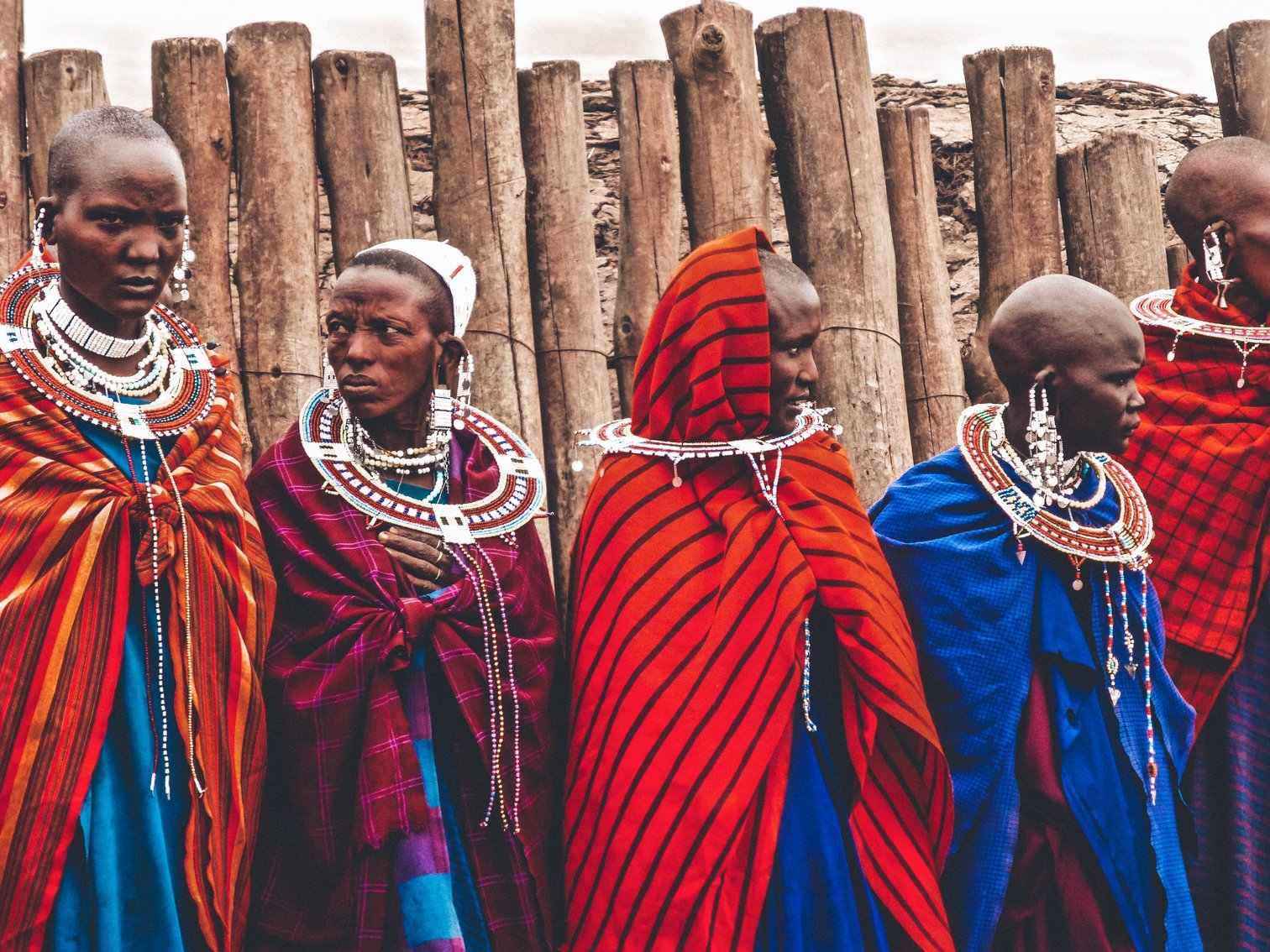 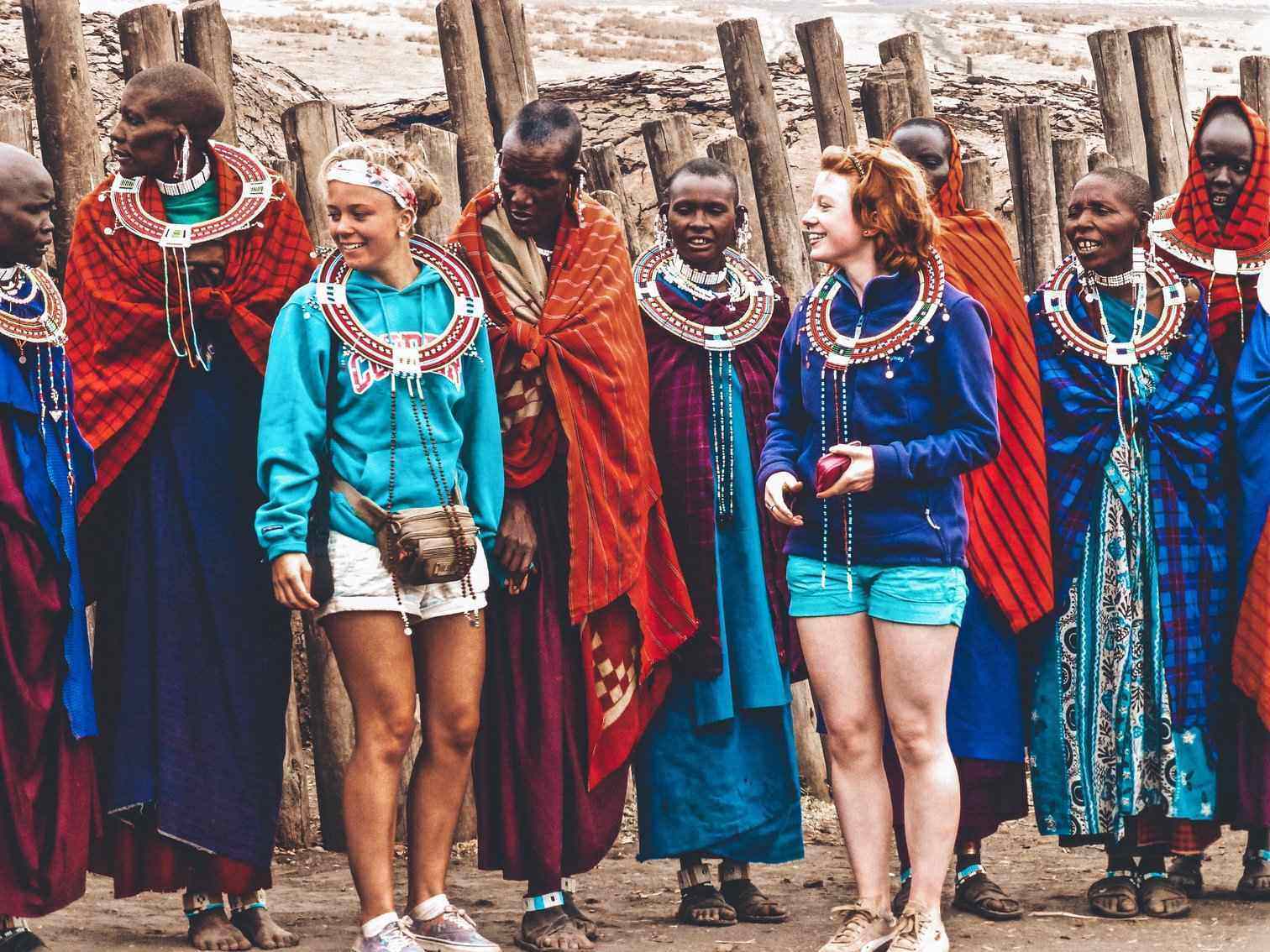 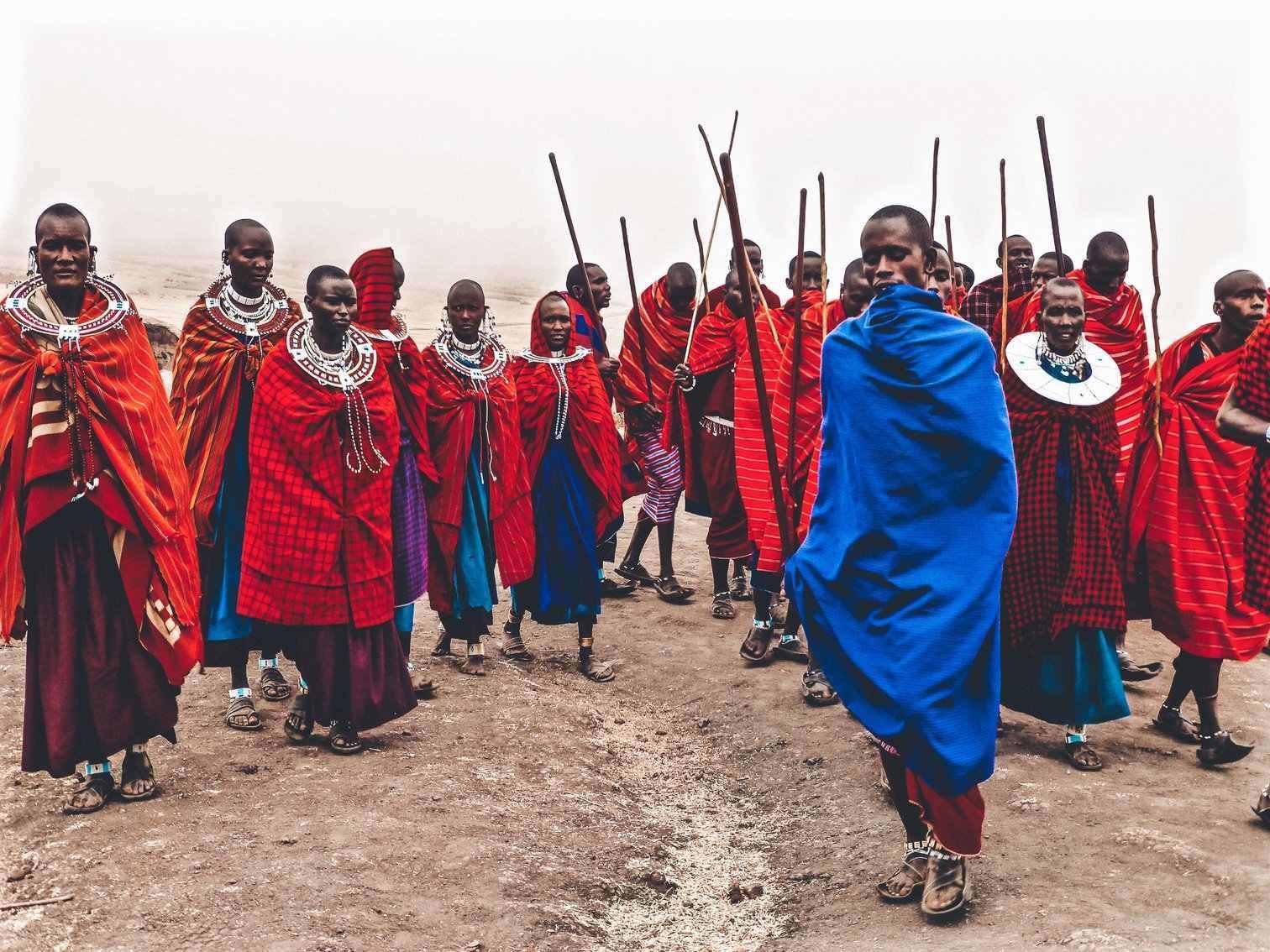 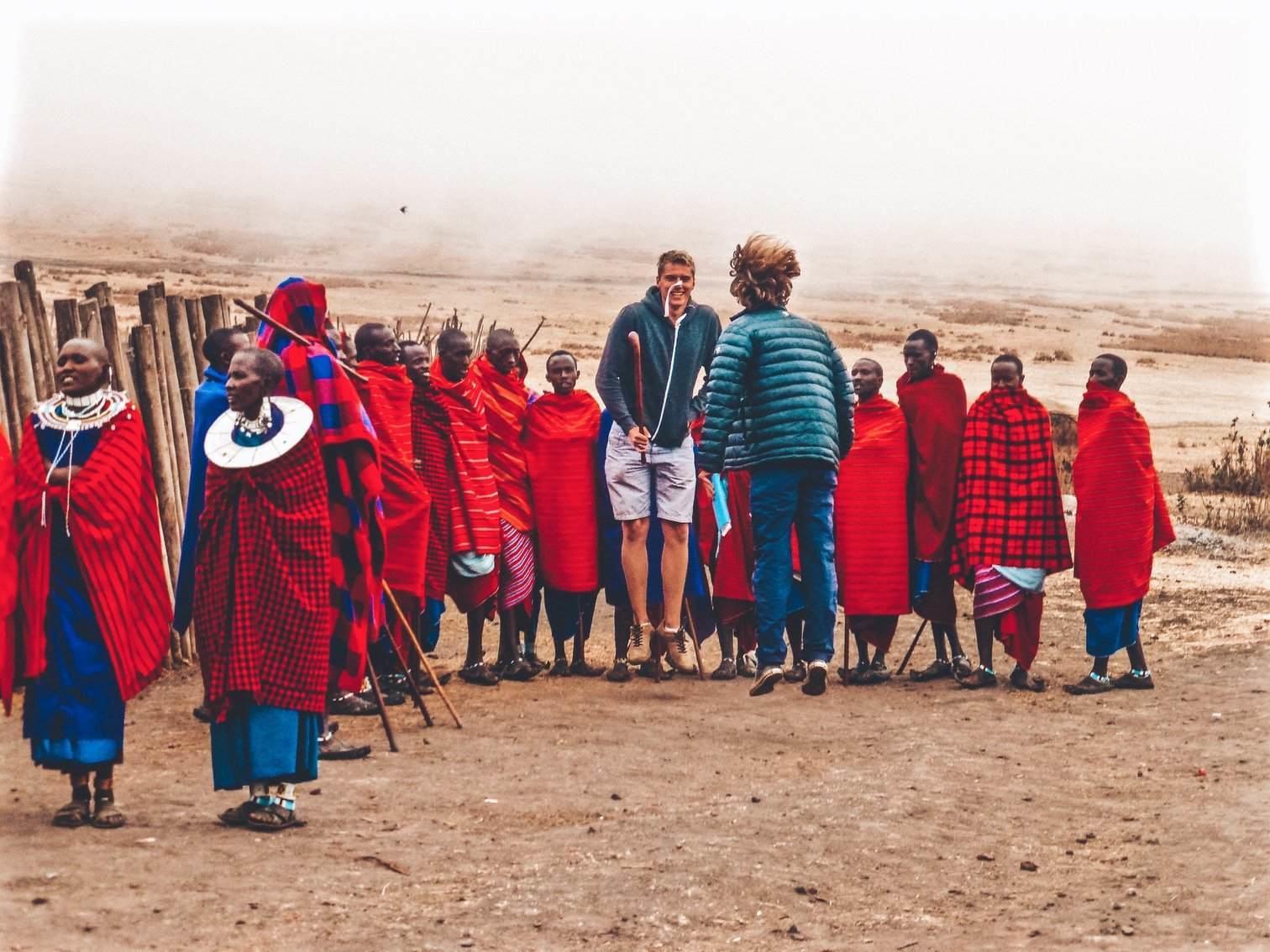 After a really interesting morning with the Maasai Tribe, we continued on into the crater to embark on the final leg of our safari. Thankfully the clouds had begun to lift so the lion spotting commenced. I most wanted to see lions as it would really cement my Lion King experience! 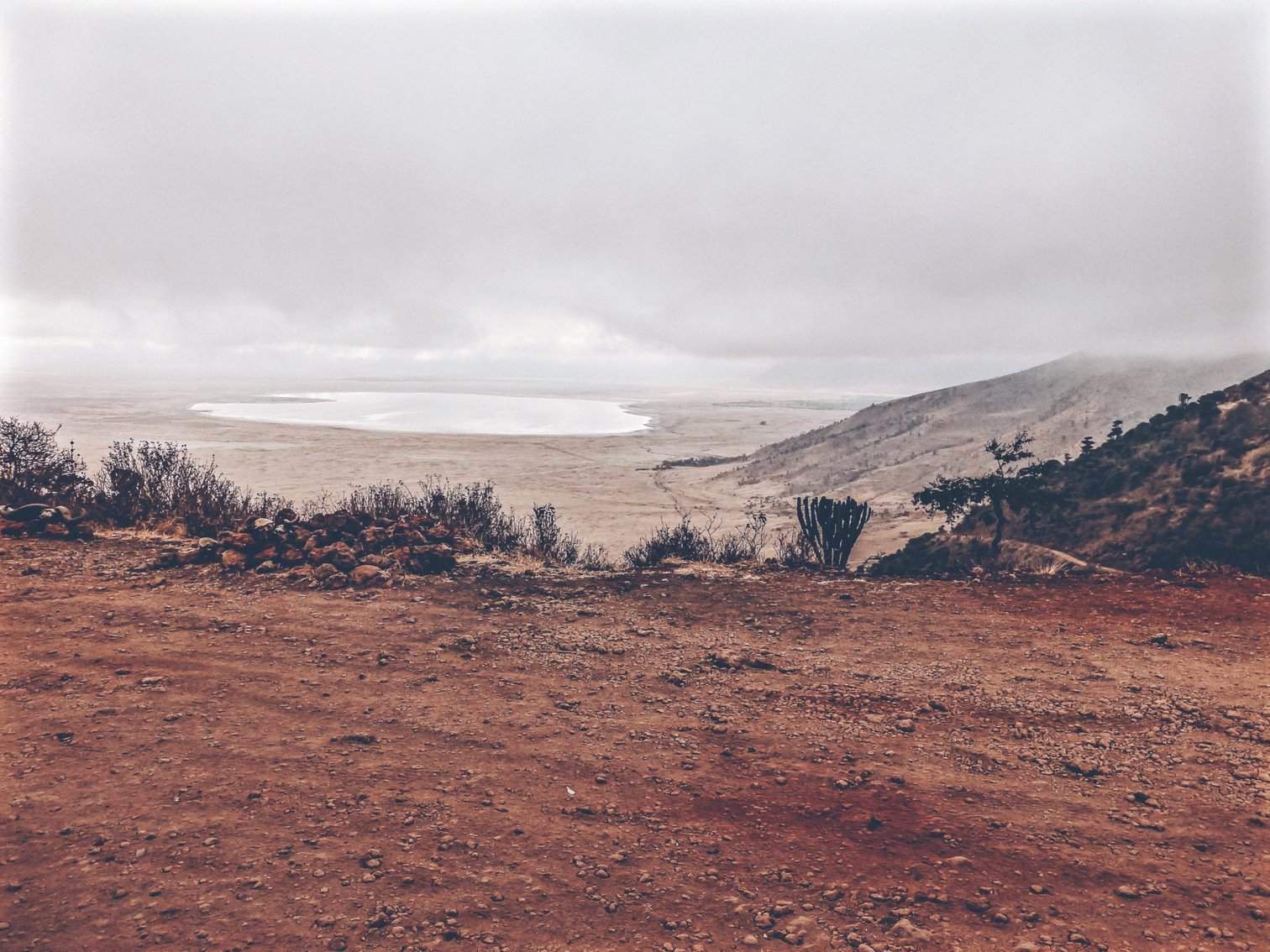 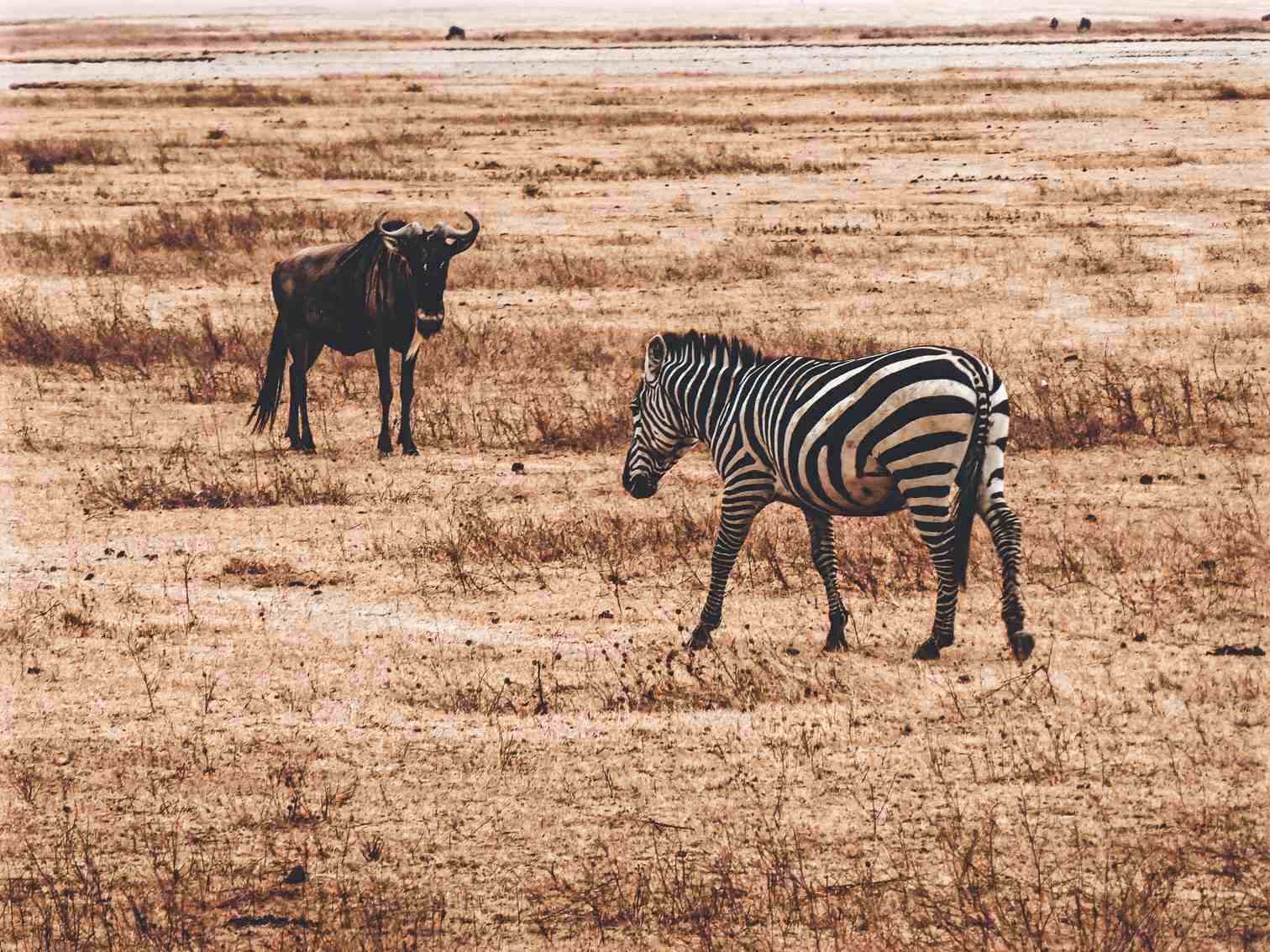 The first treat was a large gathering of zebras drinking out of a little fresh water pool. 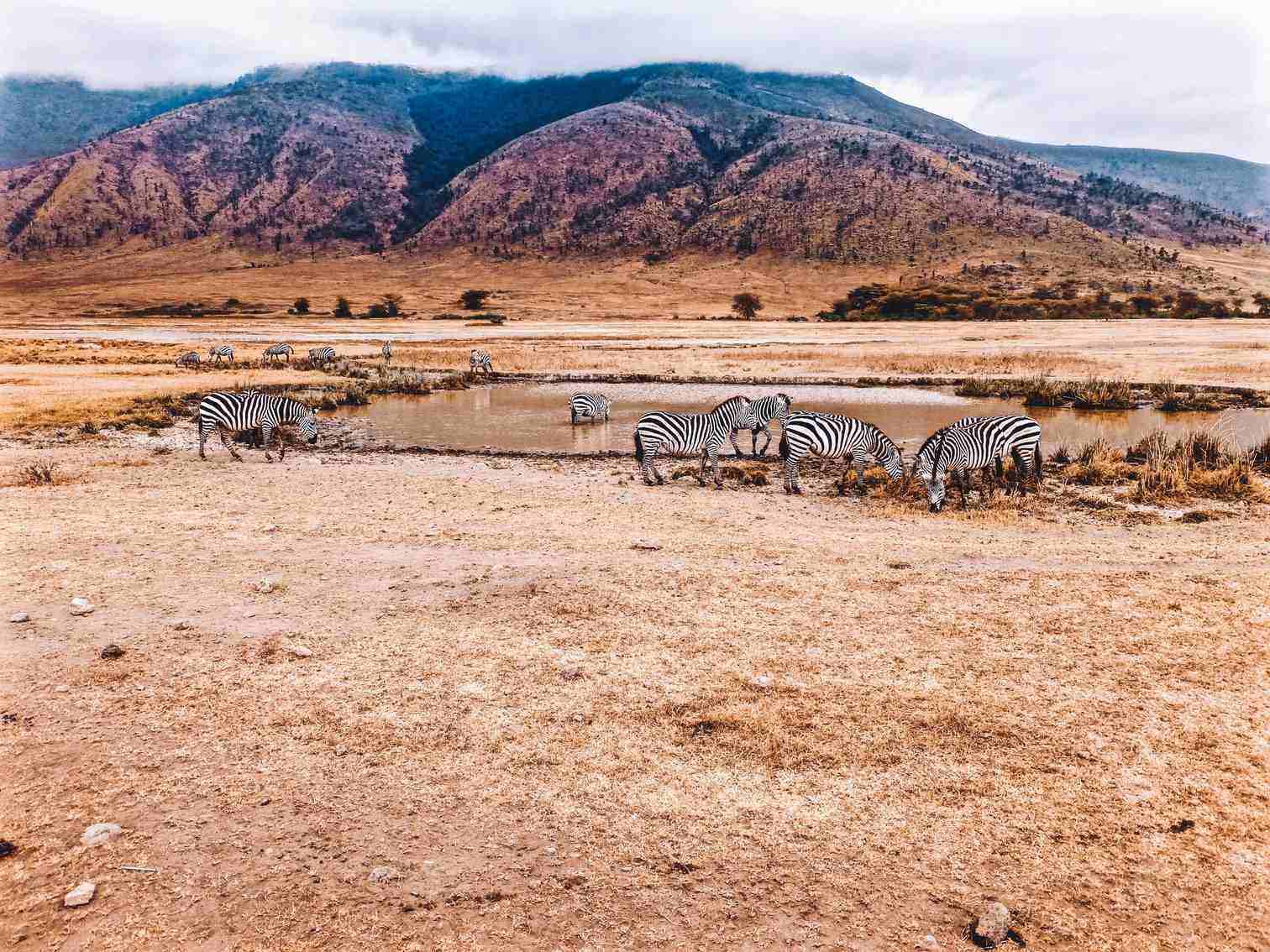 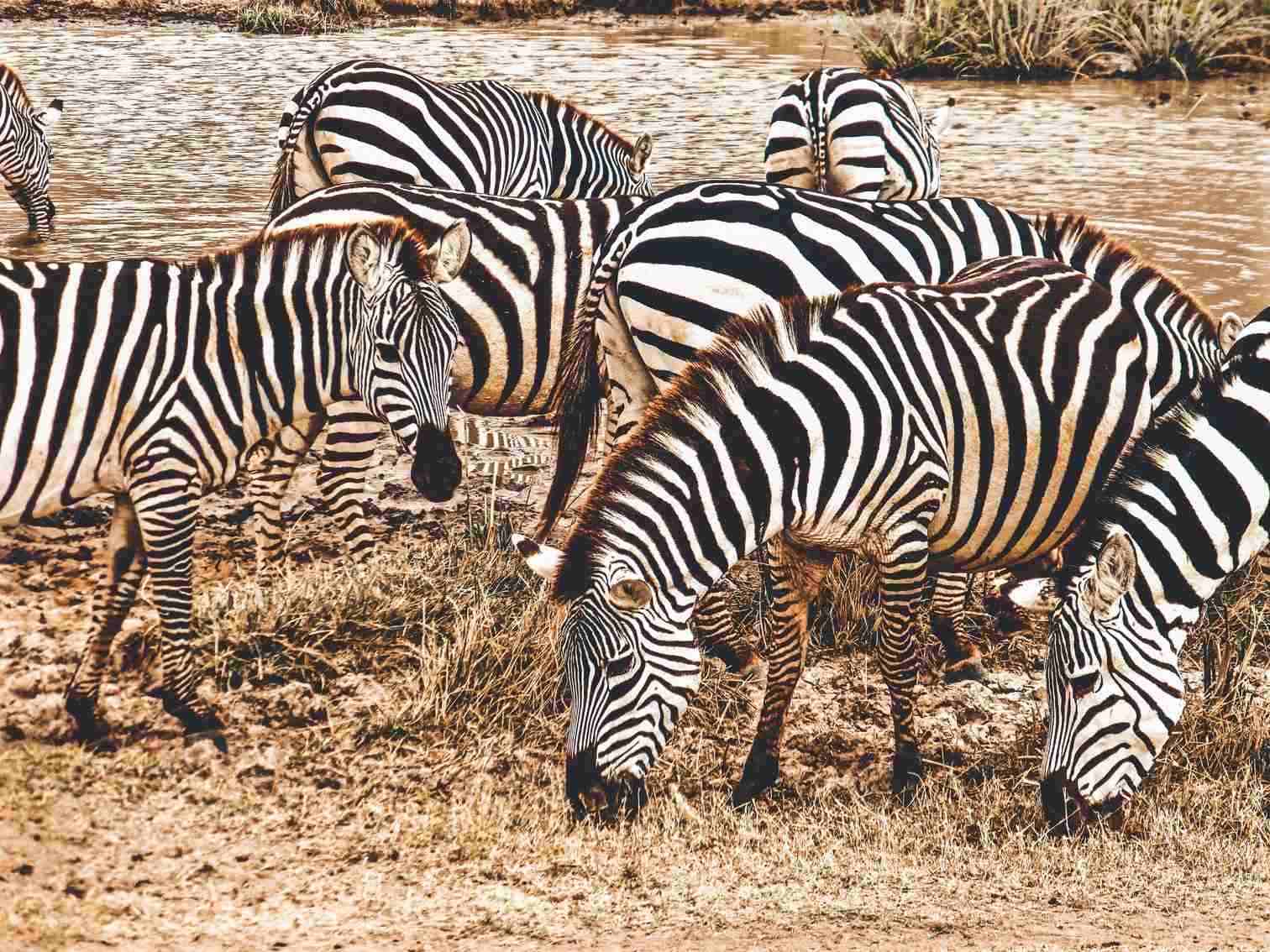 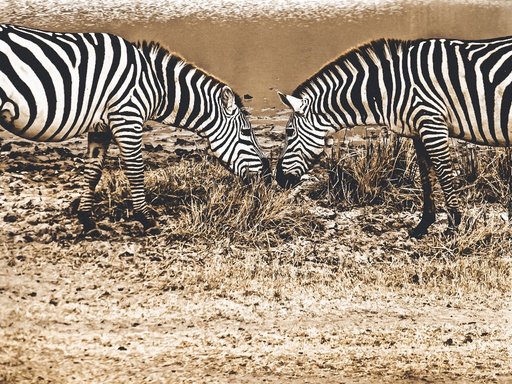 We continued on and spotted buffalo, elephants, ostriches and countless birds. 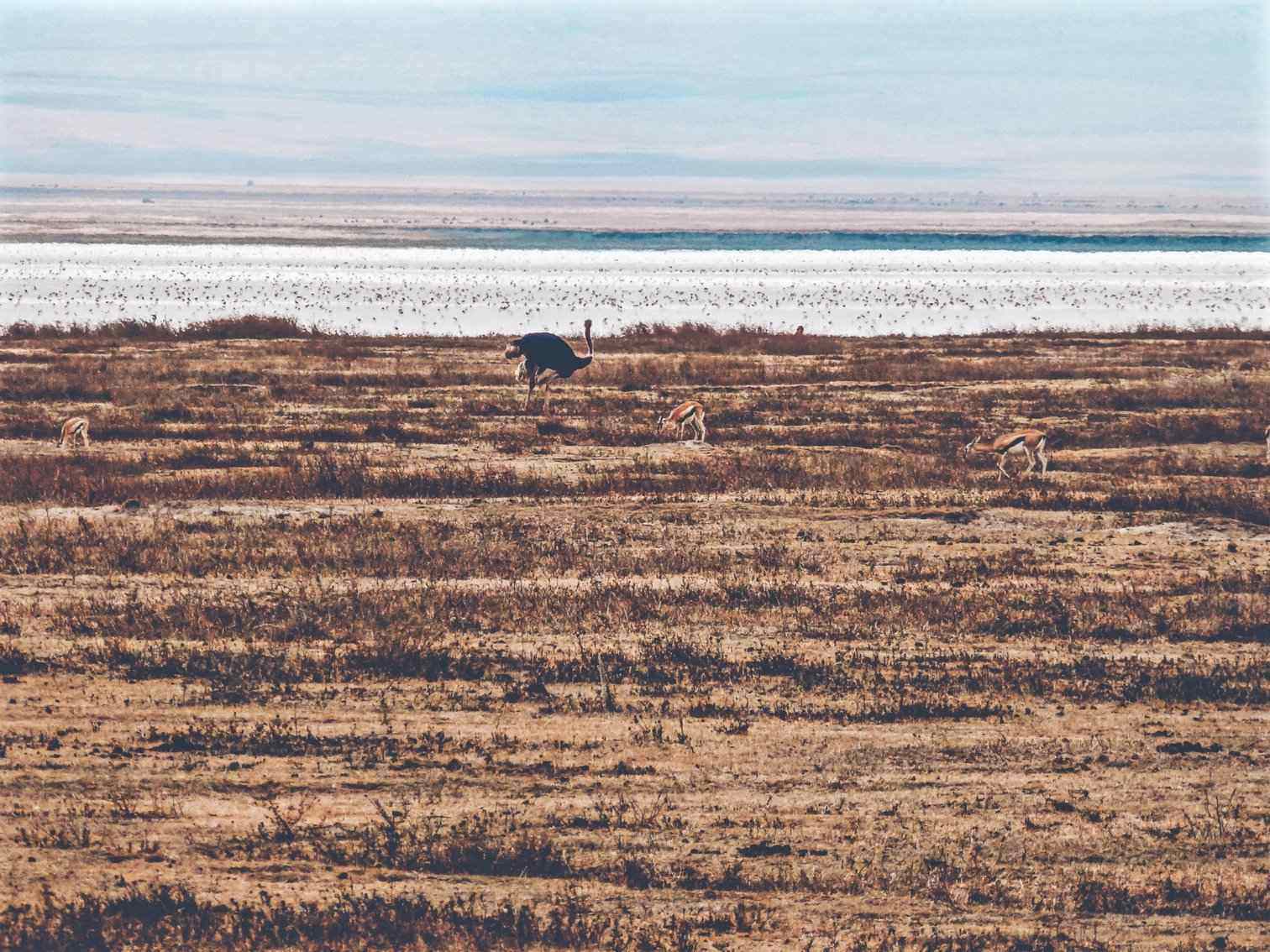 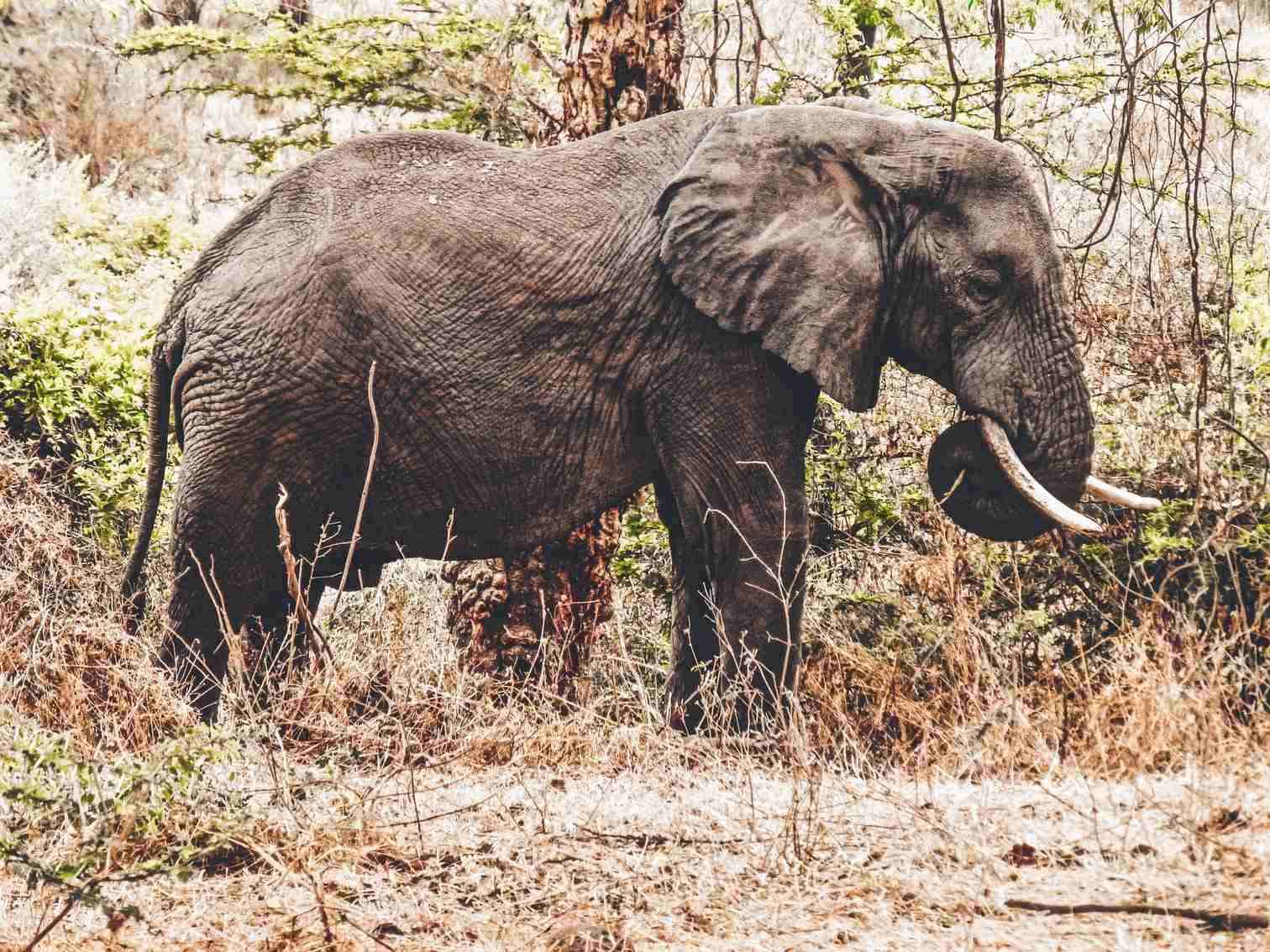 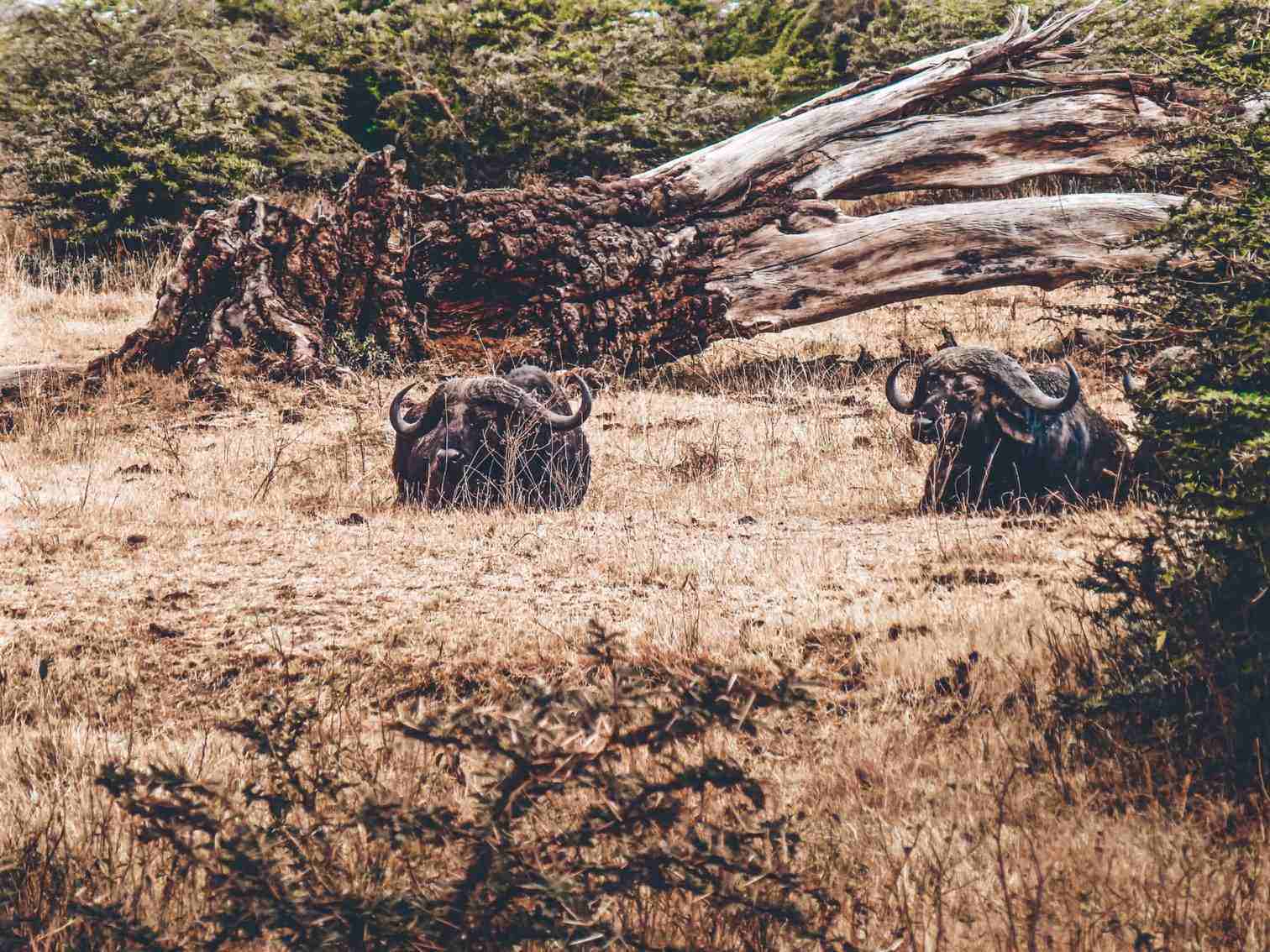 Starting to feel a little despondent at the lack of lions, our luck suddenly changed when we really hit the jackpot! Not only did we see lions but we saw the aftermath of a zebra attack. This was the kind of stuff you only get to see on wildlife documentaries. Suddenly it was happening right in front of our eyes! 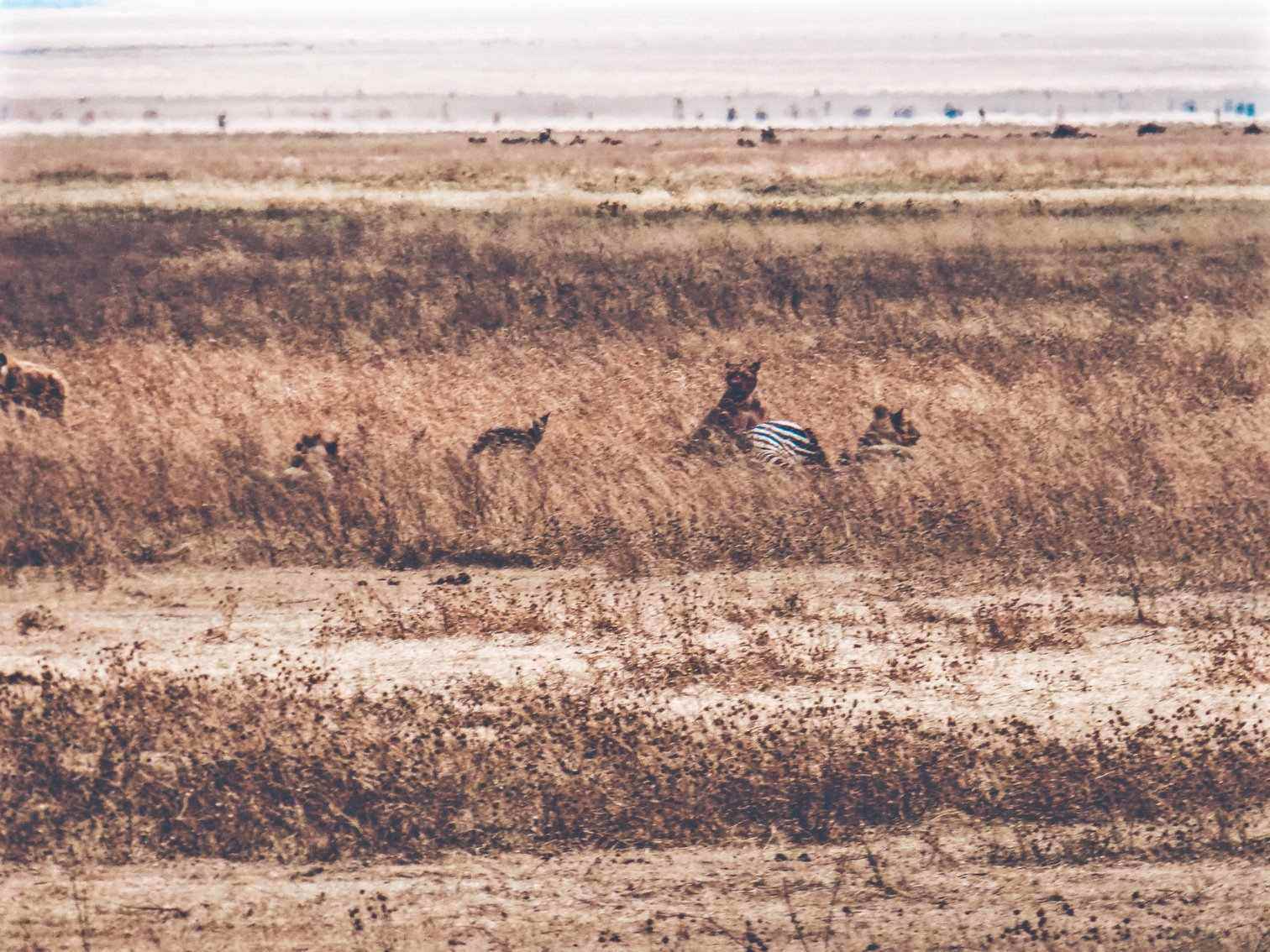 The action heated up when a group of hyenas thought they’d join the party and scavenge some zebra meat. The lions weren’t over the moon about this and so began a roaring face-off between them. 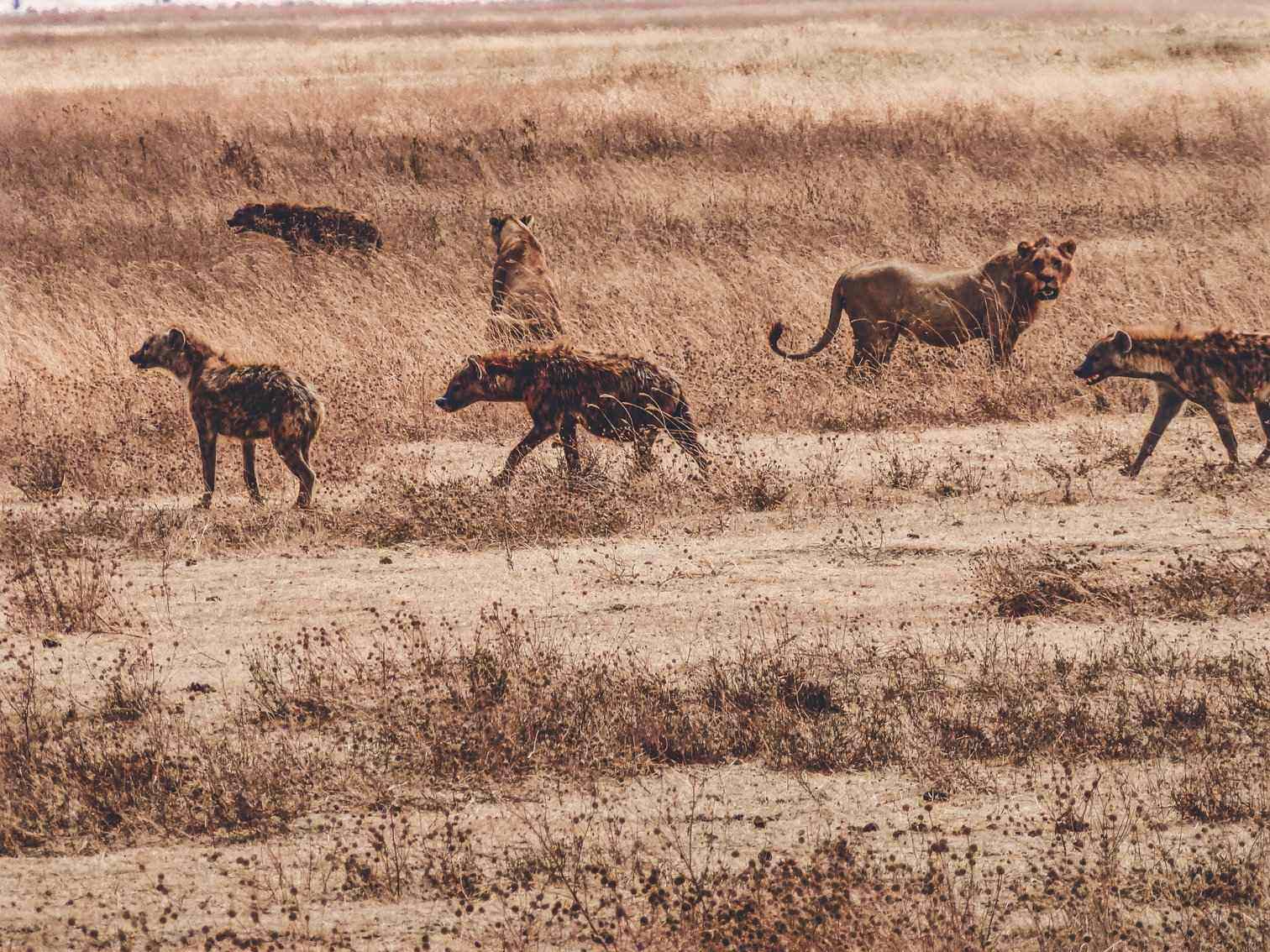 A belly full of zebra, one lioness decided she’d had enough and walked away from the feast. 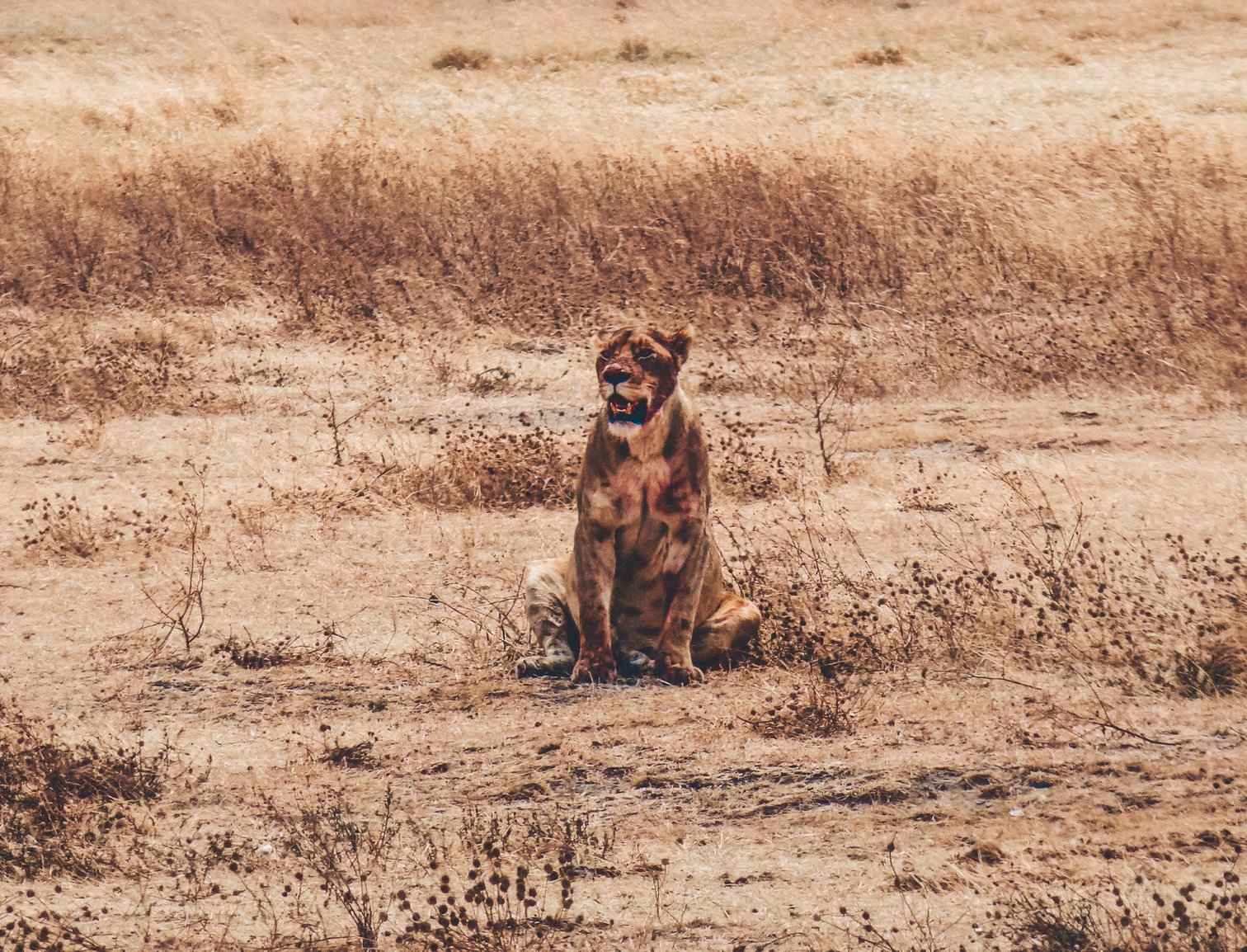 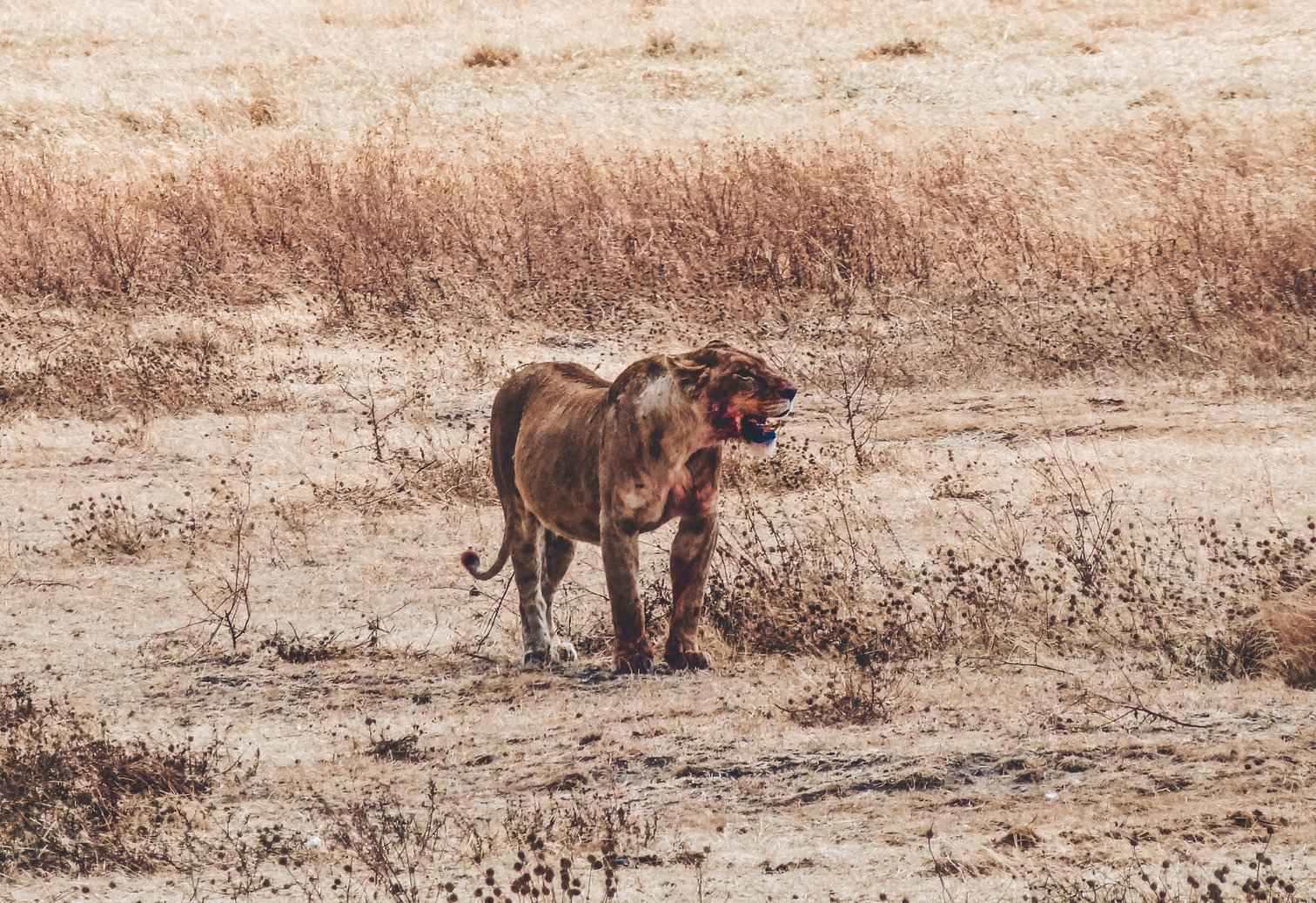 And headed straight towards our jeep… 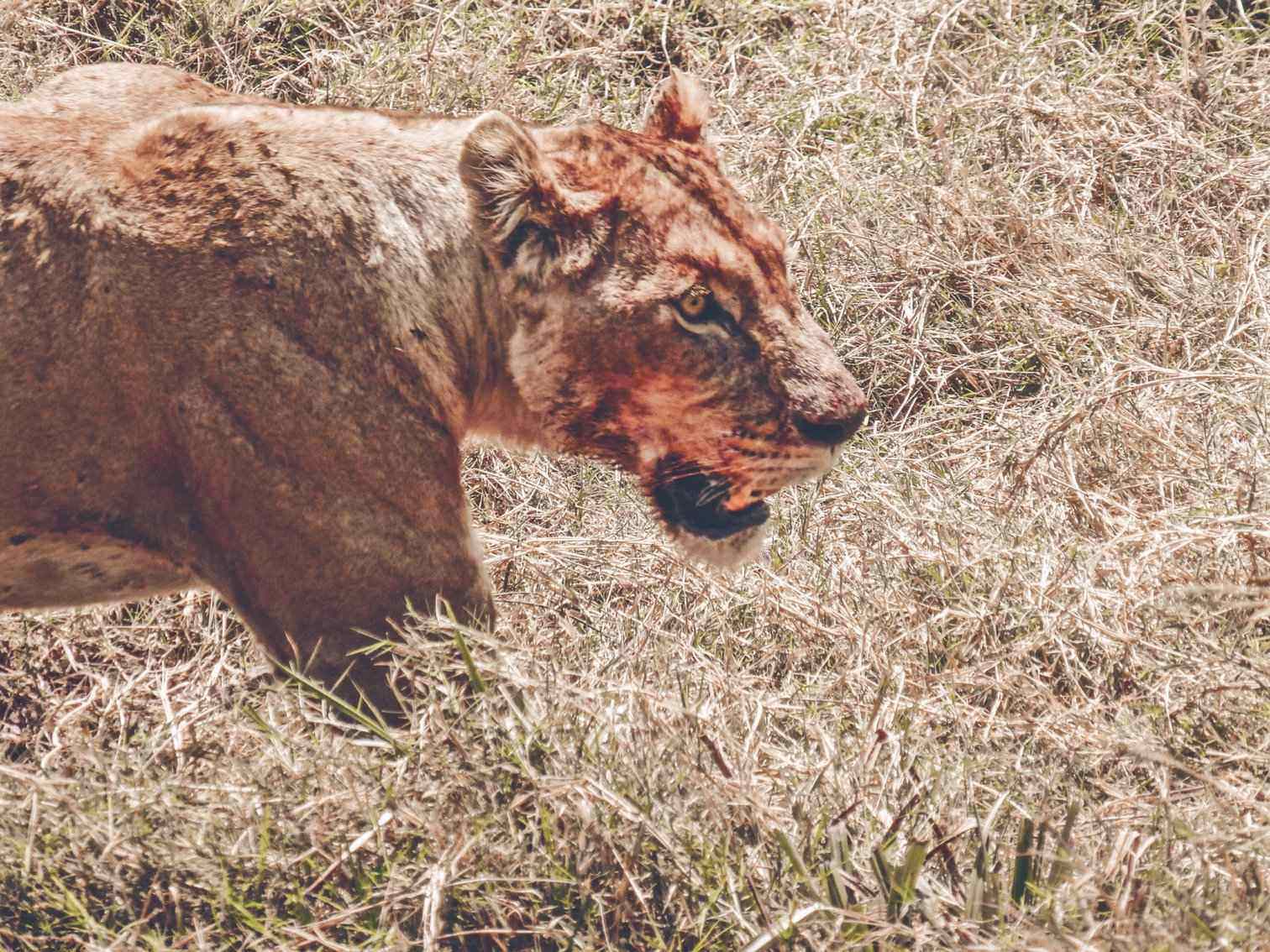 …before slipping into a hole underneath the road (PHEW).

A great way to end the safari, I felt fully satisfied at what I’d seen. I was also pleased that I’d resisted the temptation to blurt out ‘The Circle of Life’ at every opportunity.

If you’re ever in Africa for whatever reason, you must must MUST do a safari and you should definitely visit Ngorongoro Crater. It was an experience I’ll never forget.

Check out my Lake Manyara blogpost to find out what we got up to on the first day of our safari.