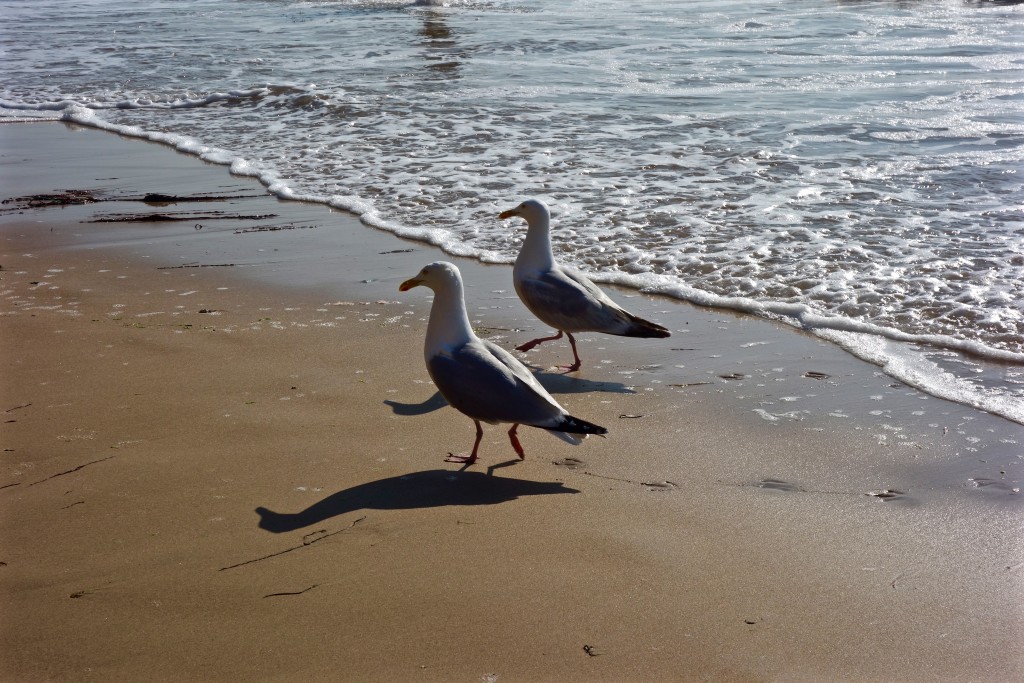 On our final full day in Cornwall we’d planned to take a trip to the beach at Watergate Bay. However, in true British style, we woke up to grey clouds and light rain.

Nevertheless, we decided to go ahead with our beach plan – only I was wearing jeans and a top instead of a bikini. Later I learnt that this was a big mistake as when we got to the beach the sun decided to show it’s face! Typical. Inappropriately dressed for sun bathing, we took a seat on the balcony of the Watergate Bay Hotel restaurant where we admired the impressive views. After soaking up some rays and sweating my pants off in jeans, we ordered some lunch. Naturally, we both opted for burgers – one southern fried chicken burger and one haloumi and portobello mushroom burger. I think the pictures do them enough justice but just in case, let me assure you that they were delicious!

We stuck around at the Watergate Bay hotel for a little while before taking a late afternoon stroll along the beach. As the sun was sinking in the sky we drove back to our Cornwall home where we watched final moments of the sunset. Before ending the evening with none other than a romantic game of monopoly in candlelight with a bottle of wine by our sides! Check out this post for more information and pictures of our stay at Sundance.

Yet another wonderful day down in the West Country. I’m definitely moving there soon.