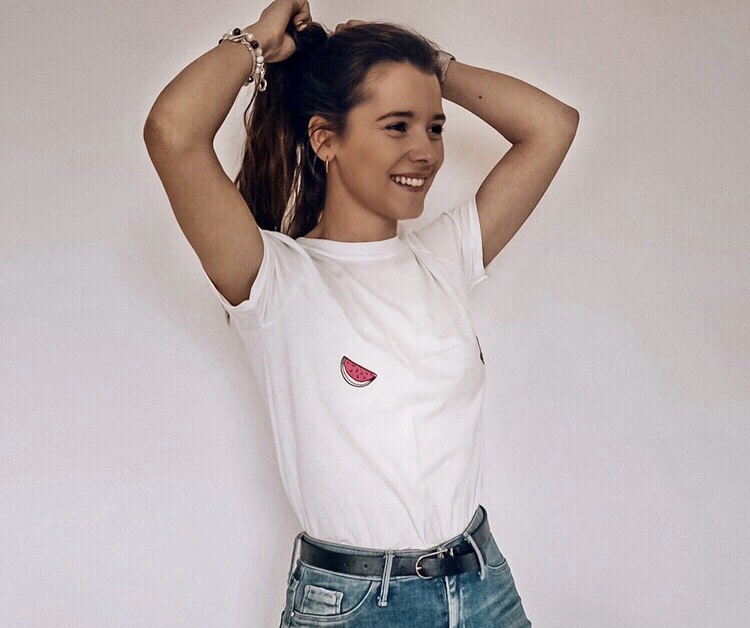 Today I’d like to talk about something important. I know, that’s not usually my style. But this is something we don’t talk about enough and that needs to change. As it’s breast cancer awareness month, I want to share a personal story that I hope may help get a message across.

I’d like to start by saying that this story has a happy ending – I promise. So please, keep on reading.

A little while back, I found a lump in my right breast. And what did I do about? Absolutely nothing. For some bizarre reason that I still cannot comprehend, in that moment I decided I was a qualified doctor, self-diagnosed it as a cyst and moved on. Of course it played on mind. Always there, refusing to go away, and persistently pulling at strings of doubt in the back of mind.

Days went by. Weeks went by. Months went by. That little lump showed no signs of going anywhere; but still, I did nothing.

Recently, a beautiful friend of mine was diagnosed with breast cancer. I couldn’t believe it; she’s so young, so fit and so healthy. It didn’t seem fair. But cancer isn’t fair, everybody knows that. As soon as I heard the news, I booked an appointment with my GP.

And what a surprise – Jessie the completely unqualified, frankly idiotic, self-appointed doctor was wrong. It was not a cyst. The GP explained that she believed it to be a type of benign tumour known as a fibroadenoma but that an ultrasound was needed to be sure, and I was urgently referred to the hospital.

At first, I wasn’t phased. I’m not a particularly anxious or emotional person by nature, but as the days went by I started to realise the reality of the situation. That although it was probably fine, there was a very real possibility that it might not be fine and that I might not be okay.

So the day eventually came around. The scan was not enough to confirm the diagnosis and a biopsy followed (along with a rather unfortunate reaction to the local anaesthetic). Then began another agonising week of waiting for the results.

Everybody has their own reasons for not wanting to get things checked – fear, embarrassment, too ‘busy’. But nothing is more important than your health. Ultimately, there are two outcomes to seeing a doctor as soon as an issue arises. One, you’re told everything is fine and you can enjoy peace of mind. Two, a problem is discovered but you get to catch it early because you didn’t put off the appointment.

We all know that catching cancer early significantly increases your chances of beating it. So why wait? If you have a problem, if you’ve found a lump, or you’ve noticed an unusual change on any part of your body – please, just get it checked.

My friend who got diagnosed has started a blog about living with cancer in your twenties. In her first post, she writes more succinctly than I could ever muster about her diagnosis experience. I implore you to give it a read.

In the meantime, there’s plenty you can do to help the conversation around breast cancer awareness. Firstly read this about checking yourself. Secondly, go buy a tit-tee from GirlvsCancer because not only do they look awesome, you’ll also be supporting several breast cancer charities.

By beating the cancer taboo and talking more openly about checking yourself, we can collectively save more lives.