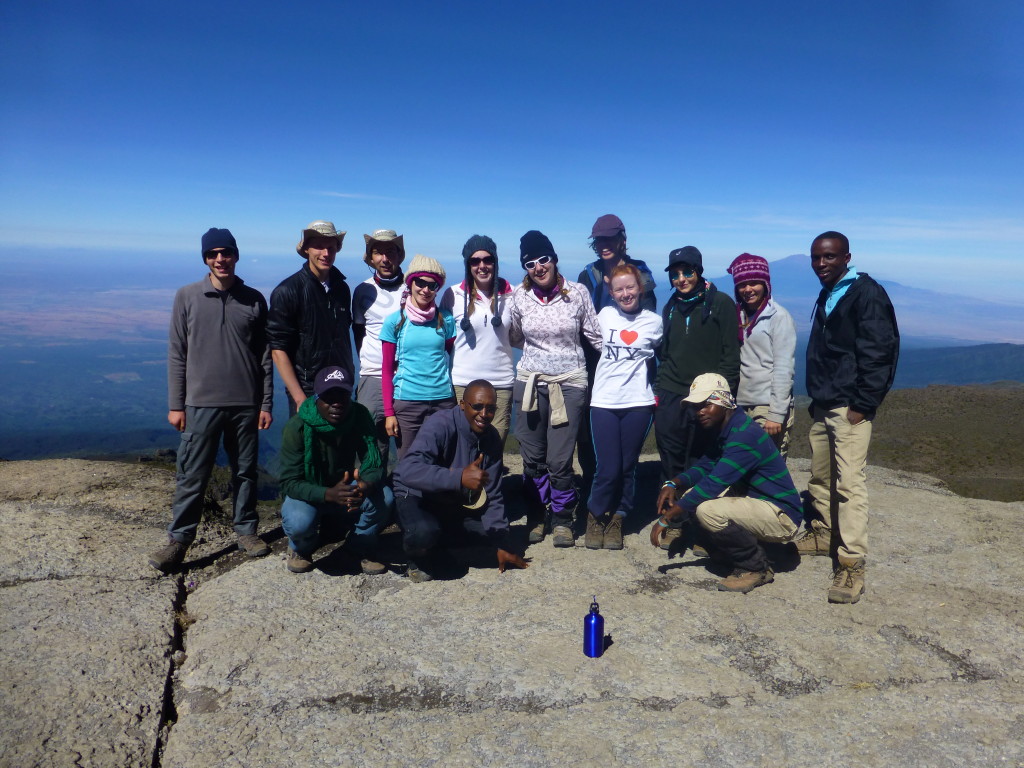 From Lava Tower to Barranco Wall, the next couple of days of my Kilimanjaro climb were full of highs and lows (quite literally)…

Day 3 was acclimatisation day. This means that we hiked all the way to 4,600m only to come back down again. This all sounds a bit pointless but it’s one of the most important days. It helps your body acclimatise to the altitude so you’ll (hopefully) feel less unwell when it comes to tackling the peak. No longer any enchanting towering trees, the surroundings were comprised solely of boulders and not much else. This is me in my very fetching outfit looking like a 12 year old child (I’m 20 here). We finally reached lava tower at an impressive 4,600m. This was the first time that we really struggled as the altitude sickness began to kick in. There was vomiting, there were headaches and it was pretty miserable. It was also freezing and the clouds enveloped us in a blanket of cold greyness . We then began the descent to Barranco Camp where we would be spending the night. I never imagined that descending would be so awful! Twice as hard as walking uphill, the descent was painful and a real struggle. My overpowering headache was worsened by the ever encompassing clouds that continued to engulf us, accompanied by freezing cold hail and then rain. We finally arrived at Barranco Camp and I headed straight to my sleeping bag for a nap. In doing so, I sacrificed afternoon tea (yes, British tradition is just as important up Kilimanjaro!) and popcorn. However, the sleep cleared my headache and I felt significantly cheerier, much to the delight of my fellow climbers. Finally the clouds cleared, and once again, the views did not disappoint. Next morning, we woke up to the daunting but exciting prospect of climbing Barranco Wall. To give you an idea of the scale, if you look at the below picture really closely, you’ll notice a few small coloured dots slightly right of the centre of the picture – they’re people! Despite the horrible afternoon I’d had the previous day I was so excited at the prospect of climbing a giant wall. This was the stuff I’d signed up for! Sure enough, I loved every minute. 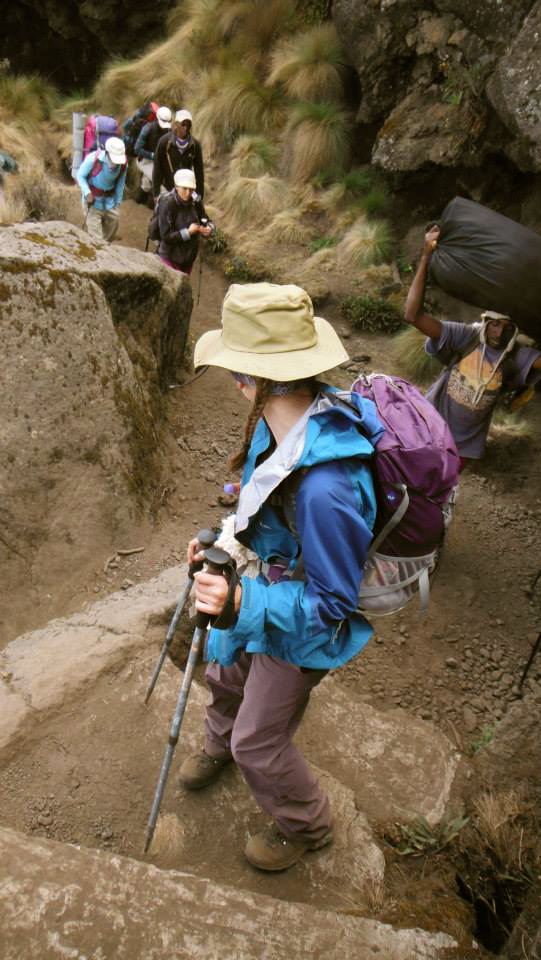 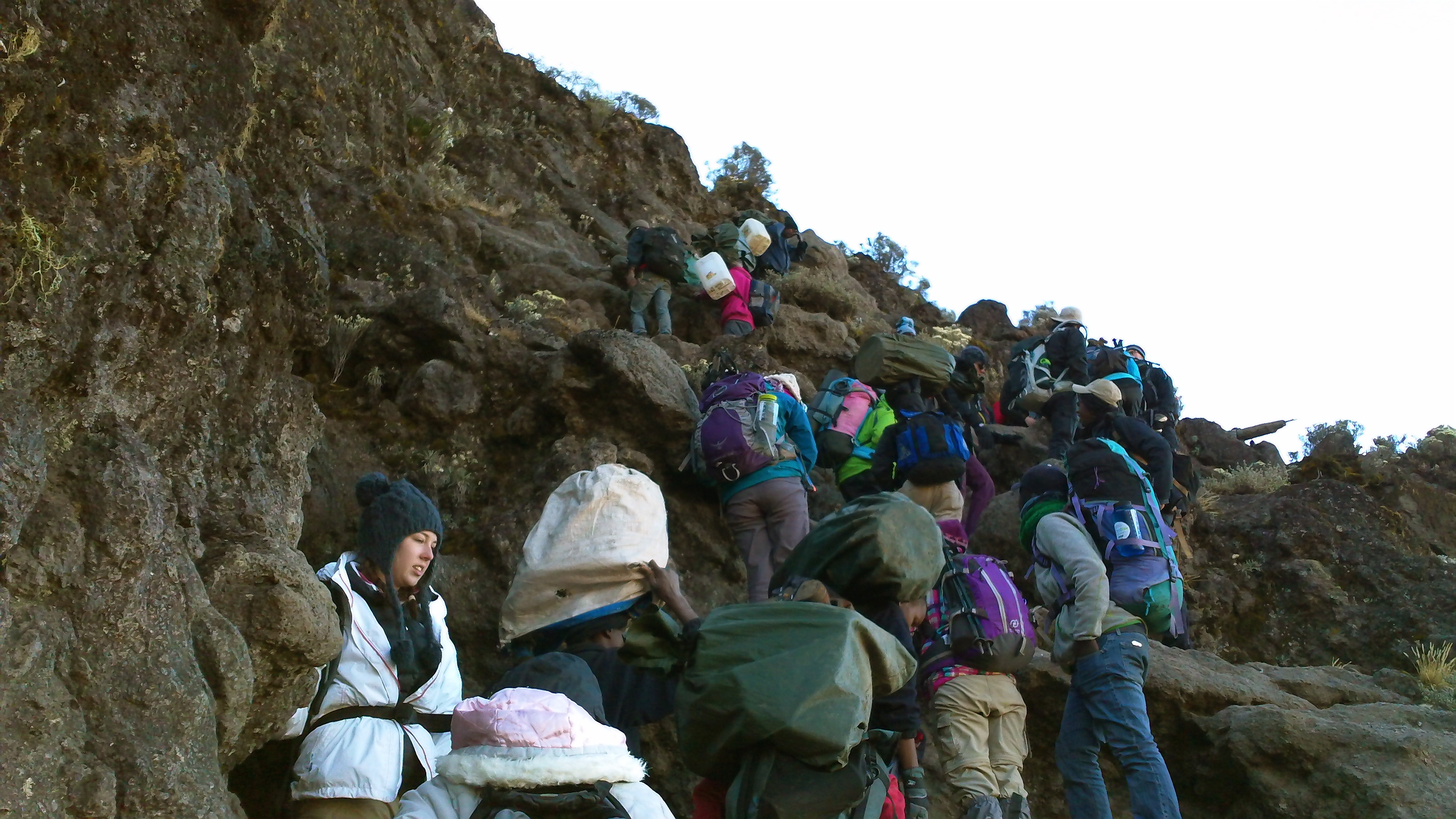 After a good couple of hours of climbing we finally reached the top of Barranco Wall. Here we were met with the perfect photo spot… 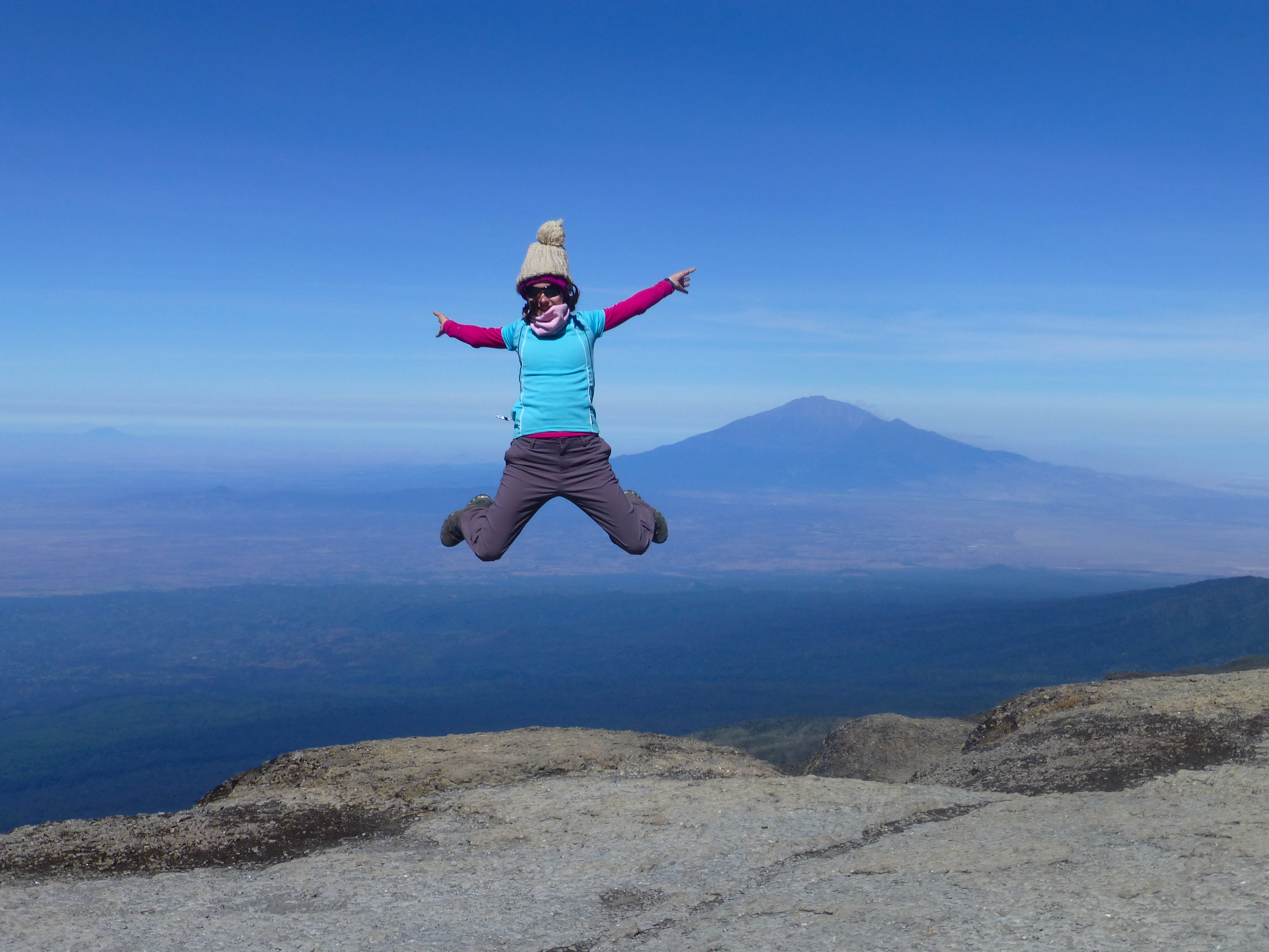 Trekking to Base Camp

The rest of the day wasn’t quite so fun. It involved lots of ascending and descending combined with sparse landscape and unfriendly clouds. The trek was long and seemed to go on forever. 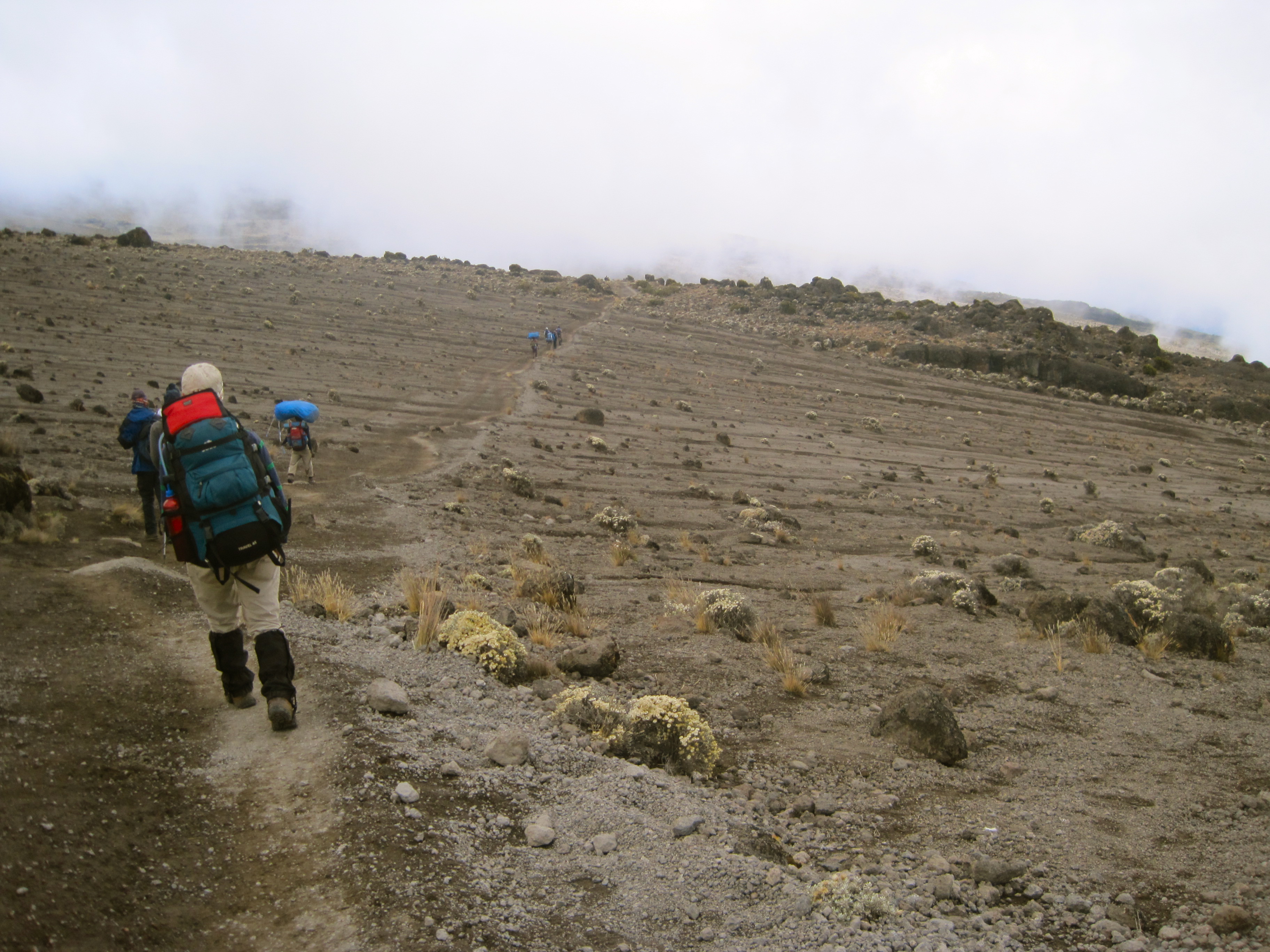 We finally arrived at Barranco camp at an imposing 4,600m. We struggled through dinner in nervous anticipation of tackling the peak in only a few hours time. Two members of our group decided not to attempt the summit while the rest of us psyched ourselves up. This is me sitting on a rock and pondering what lies ahead… 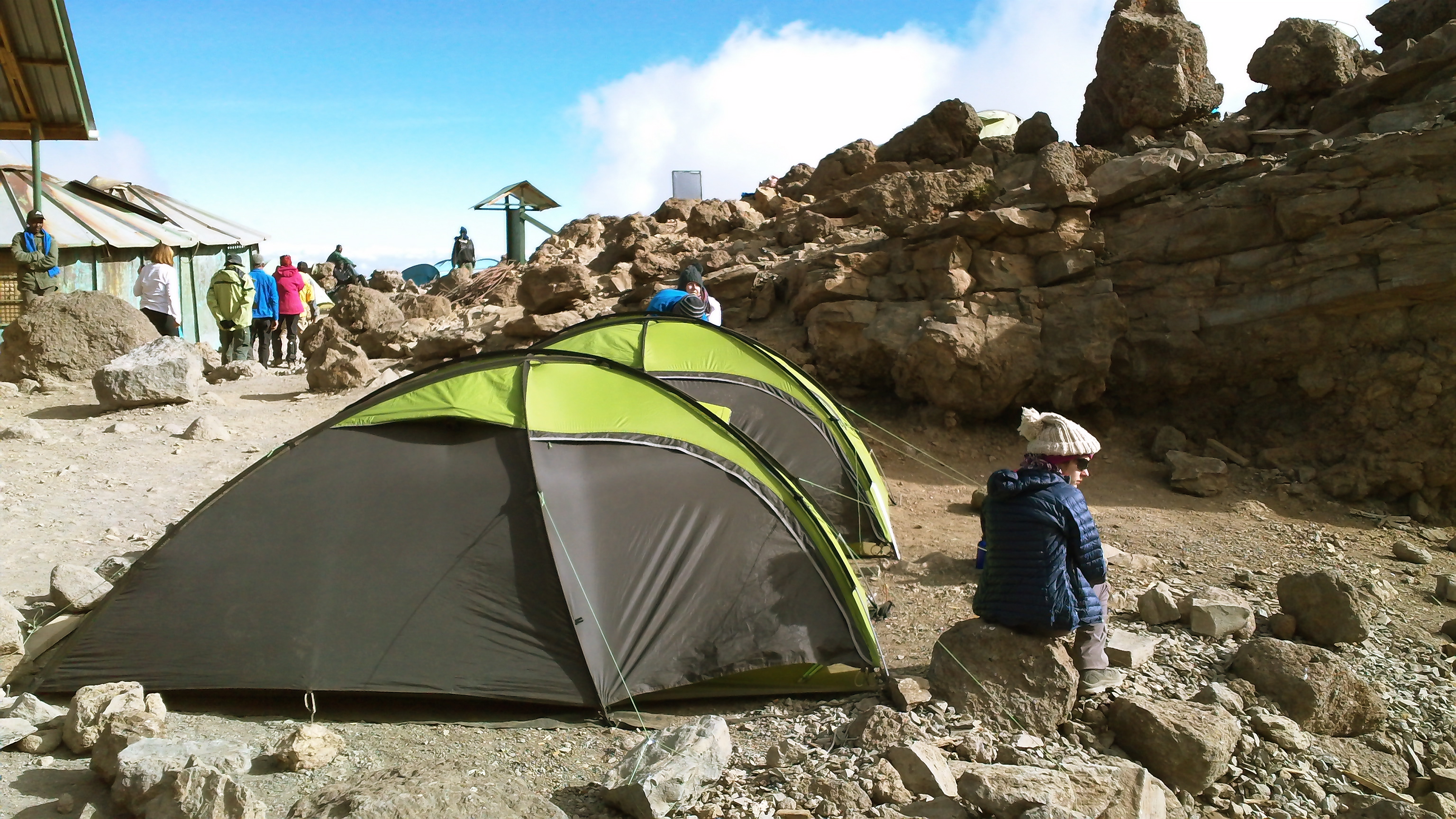 … and boy did a hell of a journey lie ahead.

If you’d like any advice, would like to share your own experiences of Kilimanjaro, or just want to say Hi, then I’d love to hear from you in the comments below.

Welcome to my little pocket of the internet. I'm Jessie, a British lifestyle blogger splitting my time between London and Kent. I post about food, travel, loves, laughs and everything in between. Thanks for dropping by!